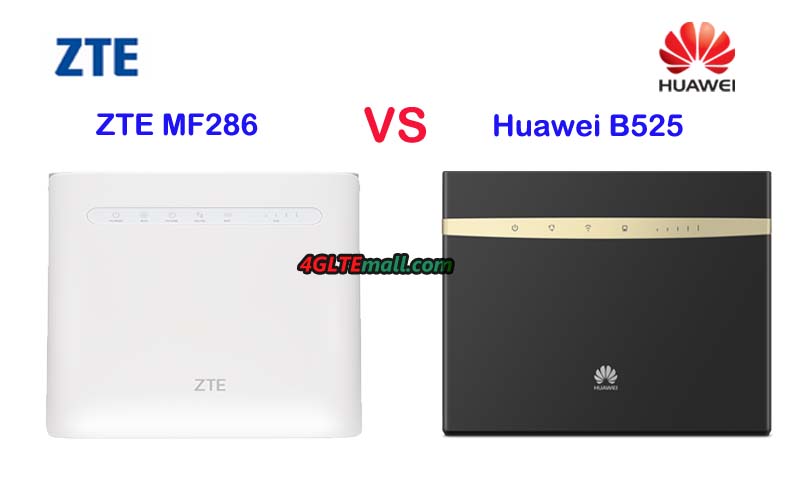 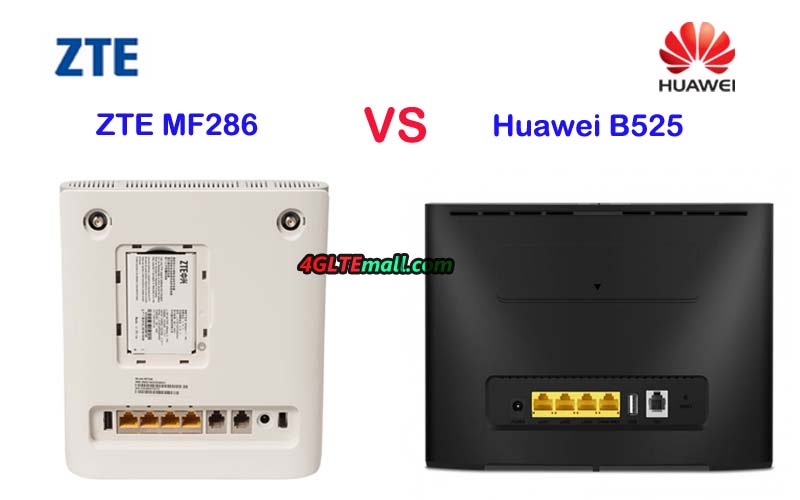 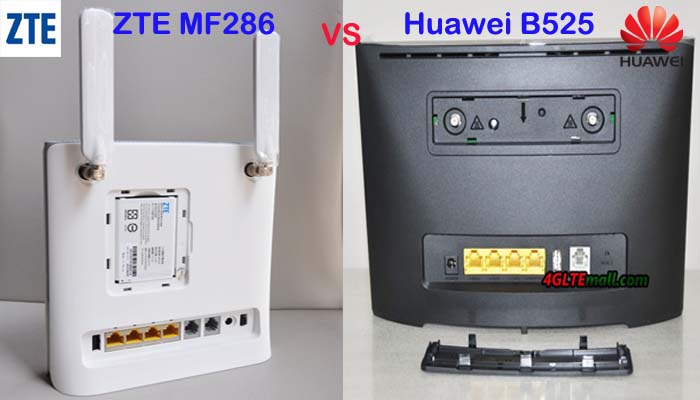 The Austrian network operator 3 has once again added a new 4G LTE router to its product range: the 3neo by the Chinese manufacturer ZTE. At first glance, the design of the router looks unusual and definitely not like a usual wireless router. Technically speaking, the 3neo router comes from the factory model ZTE MF287, which has an LTE Cat6 modem for up to 300 MBit/s in the downlink and up to 50 MBit/s in the uplink. As a special feature, there is an integrated rechargeable battery, so you can use the 3neo as mobile router when on the go.

The design of the 3neo is unusual, but also has the connections to be found at the back, like the ZTE MF286 and Huawei E5186. On the side there is a LED light bar for the status display and on the top there is a LED light ring for the display of the network mode. Both the LTE antennas and the WLAN antennas are permanently integrated in the device and are not visible from the outside.

In addition to the two connectors for an external antenna, there are also four RJ-45 Gigabit LAN connections as well as an RJ-11 telephone connection. Also the connection for the power supply is on the back, the plug for 12V/5A is also suitable for operation on an external battery/Powerbank, but unfortunately no MicroUSB connection for power supply has been installed. The built-in rechargeable battery in the 3neo / ZTE MF287 has a capacity of 3020 mAh and is supposed to allow an operating time of up to 4 hours without power supply.

The WLAN in the 3neo runs on both 2.4 GHz and 5 GHz, the router can supply up to 64 devices at the same time. As a convenience function, for example, a guest network function as well as a WLAN timer is available. The connection is to be set up quickly thanks to QR code and “3Home” app for the smartphone without complicated password input.

If you are looking for the latest new 4G Router with special design and supporting LTE-advanced network, you’d better have a check the ZTE MF287 4G Router which looks not like a common router. The MF287 router was presented by ZTE at CES 2016, and now it’s introduced to the carrier “3” in Austria and named “3neo”.

The 3neo design is hard to describe, below is the image in white color. In the middle, there is a line of blue color, which should be the indicator for power and network. At the bottom side, the Drei logo is listed.

Strong and reliable router
With the modern design, you may curious about the technical specifications of the 3neo ZTE MF287. The 3neo LTE Router could support 4G LTE advanced Category 6 and achieve up to 300 Mbit/s for downlink and 50 Mbit/s for uplink. It is also equipped with 2.4 GHz and 5 GHz dual band WLAN and connects a total of up to 64 devices simultaneously to the Internet. 4 Gigabit LAN connections are also available.

An LTE router now has to convince on all levels. These include ease-of-use, powerful and reliable performance, a modern mobile and wireless standard, and, of course, a cool design. Today, the ZTE MF287 3neo router can do these best. The 3neo router has to fit into every room with other furniture; the appearance of the 3neo was designed not as usual but the white color makes it looks not too special and just like one furniture.

The 3neo has a built-in battery that performs well in the event of a power failure or on the go. When delivered, the battery can be activated online at any time on the configuration page. If no data transmission with other devices, the 3neo automatically switches to energy-saving standby. If you still need WLAN, the LTE router is ready for use again at the push of a button. Depending on the usage, the battery power is sufficient for up to 4 hours.

In order to install your 3neo, you do not have to have any technical knowledge. Even SIM card and battery are already preinstalled. The principle of the 3neo is as simple as saving time, namely “PnP(Plug and Play)”. This is especially convenient with the 3Home app. User simply scans the QR code of your 3neo and you will be connected to the WLAN without complicated password input.

The operation of 3neo is very easy, user can download the 3Home app to the smartphone or tablet and then can remote control the LTE router. They are free for Android and iOS, so you can do the installation, the operation and various settings in the app. Further settings could also be done via web configuration page as usual.

Guest access and WLAN timer
With Sleep Mode, you determine the time when WLAN and Internet connection are generally deactivated. You can set up a WLAN-free nighttime or keep the interactions of your children with the Sleep Mode under the handle. Another feature: The WLAN access for friends or relatives can be managed by QR code via the 3Home app. The additional entry of guest passwords will thus become invalid.

With the 3neo LTE Router, the streaming of films, the playing of online games, the supply of all family members with lightning fast Internet could be fulfilled. Below are the features and technical specifications of ZTE MF287/3neo for your reference.

With the development of LTE network technology, more and more network providers are trying to upgrade the network to LTE advanced with carrier aggregation. Then more and more users are demanding for LTE Cat6 equipments so as to achieve possible fast downlink and uplink speed. Finally, ZTE presents its first LTE category 6 wireless router since Huawei had its LTE cat6 router E5186 and E5175 on sale for long time. Built-in battery for Mobile Use

ZTE MF286 looks similar to the traditional wireless home router, but in this new router, ZTE had designed a built-in battery so that users can not only use the MF286 as a stationary router at home, but also take the MF286 router outdoor for mobile use. With the 3000 mAh battery, ZTE MF286 can support a conference call for up to 4 hours or share a 4G network for up to 3 hours. It can’t be taken in a pocket like ZTE MF970 LTE Cat6 MiFi, but it’s useful for multiple devices’ network support. Like the Huawei 4G LTE Cat6 routers, ZTE MF286 can achieve peak download speed to 300Mbps and upload speed to 50mbps on LTE networks. The speed is almost the double of the current speed on LTE Cat4. If user downloads a movie of 1GB, it may only take few seconds on this speed. ZTE MF286 Router can achieve this due to the Qualcomm WTR3925 RF transceiver chipset based on the 28 nm process with the Qualcomm MDM9230 modem based on the 20 nm process. The new chipsets perform better and consume less power than its predecessors.

Compare with the current home routers, ZTE MF286 CPE has almost the highest level to support WiFi 802.11b/g/n/ac and 3 x 3 multiple-input multiple-output (MIMO) technology with three spatial streams for maximum performance. It operates on both 2.4 GHz with great wall-penetration capabilities and 5 GHz with a lower chance of picking up interference. The powerful gadget also supports gigabit wired connections so that it is possible to copy files over a LAN at a speed higher than 80 MB/s.

In the test, ZTE MF286 proves to have good signal coverage; it can cover an office larger than 500 square meters. The signal attenuation is not obvious even at a point far from the device. Internet surfing is smooth, even in a meeting room separated by glass doors. Conference calls are an indispensible part of business interactions. As a standard feature for high-end wireless routers, ZTE MF286 supports advanced VoLTE voice calls. You can connect it to a telephone or a conference hands-free telephone system to get a much better call quality than regular telephone calls.

With 4 RJ-45 Ethernet ports, there is a USB port which connects a USB disk to share pictures, files or videos among the users on the same WiFi network. As ZTE’s first 4G LTE Cat6 router, the MF286 Router has many selling points which are practical for users. But Huawei E5186 has been on the market almost one year ahead of ZTE MF286, we can’t tell whether the MF286 will gain the trust from customers even though Huawei E5186 CPE doesn’t have the battery.