At the IFA, congstar presented its first mobile phone tariff at the beginning of September, which also officially foresees the use of Telekom’s LTE network. However, the offer can only be used in a certain place, for example, to have a broadband internet connection in the caravan, at the campsite or in the student residence. 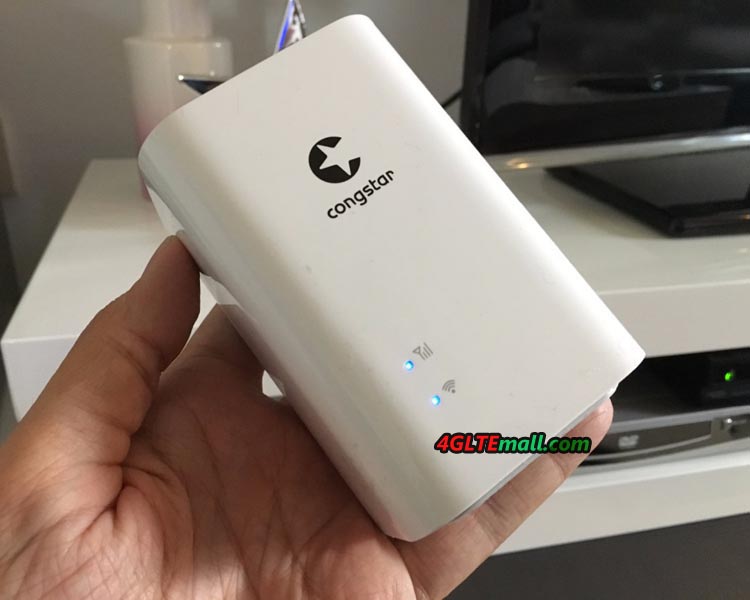 In the contract, congstar presented a WLAN Cube, also a suitable router manufactured by Huawei, which converts the LTE Internet access into a WLAN signal, which then makes it possible to provide internet for smartphones, tablets and notebooks with a wireless Internet access supply. A device can also be connected directly to the WLAN Cube using an Ethernet cable. 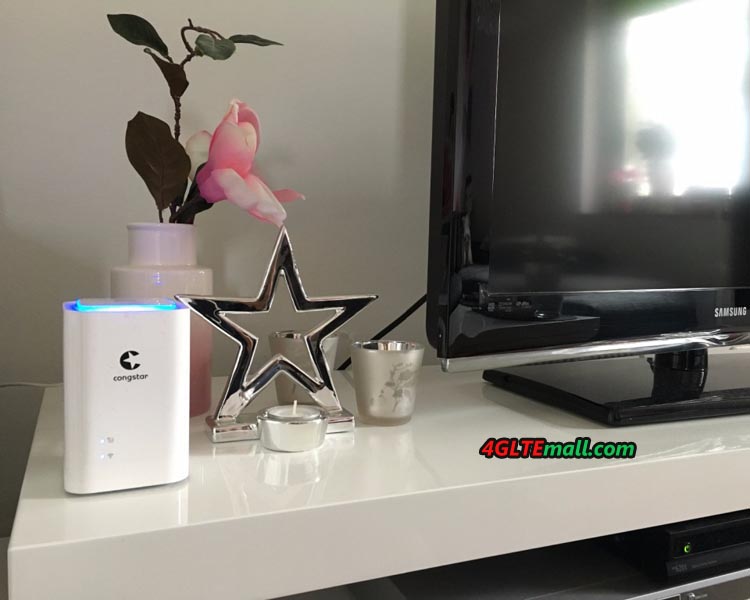 We have s the opportunity to test the homespot rate of congstar together with the WLAN Cube since last week. The SIM card must be inserted into the router slot. The WLAN Cube is then supplied with power via the included power supply unit. The PIN of the SIM card must then be entered. This works via the configuration menu of the router, which can be reached at address 192.168.8.1 via a connected smartphone, tablet or notebook. For future use, the SIM PIN can be stored so that it does not have to be entered again. 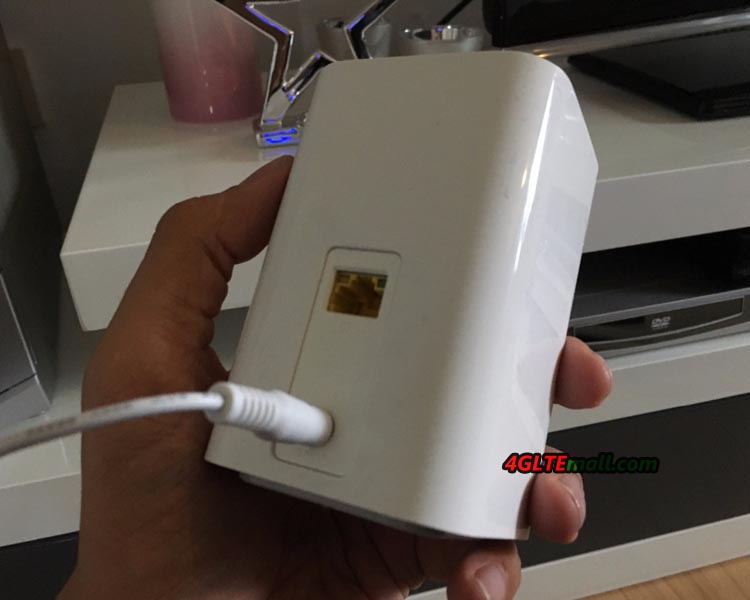 The WLAN access data and the homespot model are to be found on the underside of the router, which in the original is called Huawei E5180. After initial commissioning, the SSID as well as the password can be customized. In addition, users have the option of switching from the automatic selection of the WLAN channel to manual selection. The WLAN Cube is supported only by the much heavily overloaded 2.4 GHz range. If you want to use a 5 GHz router, you have to check other models such as the latest Huawei B525 and Huawei E5186 wireless gateway. If you want to use your own router instead of the congstar WLAN Cube, you have to make sure that it has the LTE standard and the frequency ranges used around 800, 1800 and 2600 MHz. 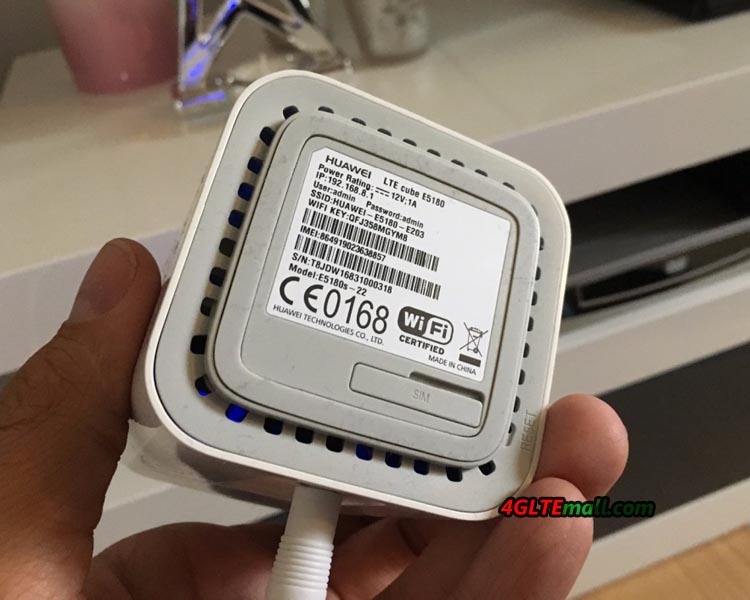 However, the test also showed that congstar Homespot is not only working with 4G network. If LTE is not available at the desired location, the cube would work on 3G or 2G network automatically. We have switched the WLAN Cube, however, experimentally via the configuration menu to the GSM-only mode. Afterwards we were shown a strong signal.

In addition to the signal strength of the received mobile network, the configuration menu for the Huawei E5180 router also shows the current connection time and the transferred data volume. The WLAN status and information about the connected users are also available. 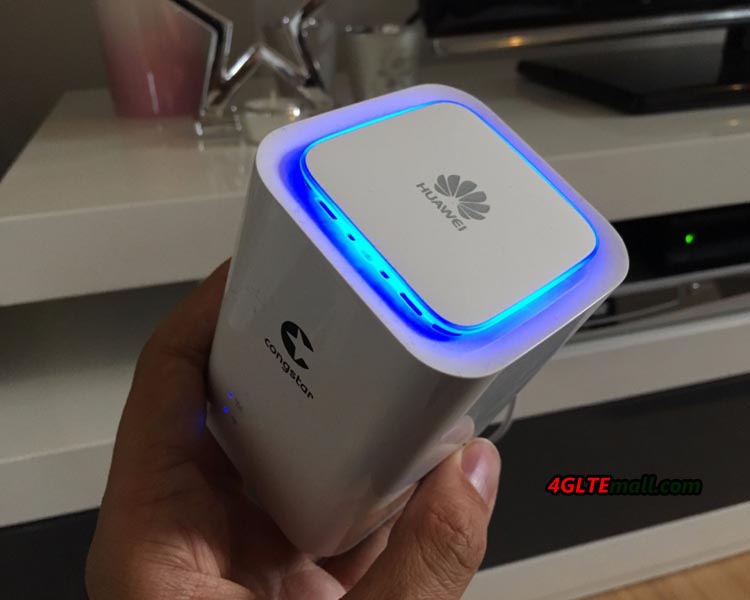 congstar as well as the manufacturer Huawei officially speak the E5180 Cube of a WLAN range of up to 250 meters. We have not achieved this value in practice. However, the signal is quite comparable to that of a classic DSL router like an AVM FRITZ! Box 7490. A mobile hotspot is much weaker. If, for example, a Huawei E5776 is only sufficient for supplying a small apartment or a hotel room, the congstar WLAN Cube can quite well cover a one-family house with wireless Internet access.

We have continuous operated the wireless hotspot over several days. Internet access was always reliably available. A restart of the router was not required to stay on reception. The two lights on the outside of the device, which on the one hand display WLAN availability and, at the very least, the current strength of the received LTE signal, is practical. 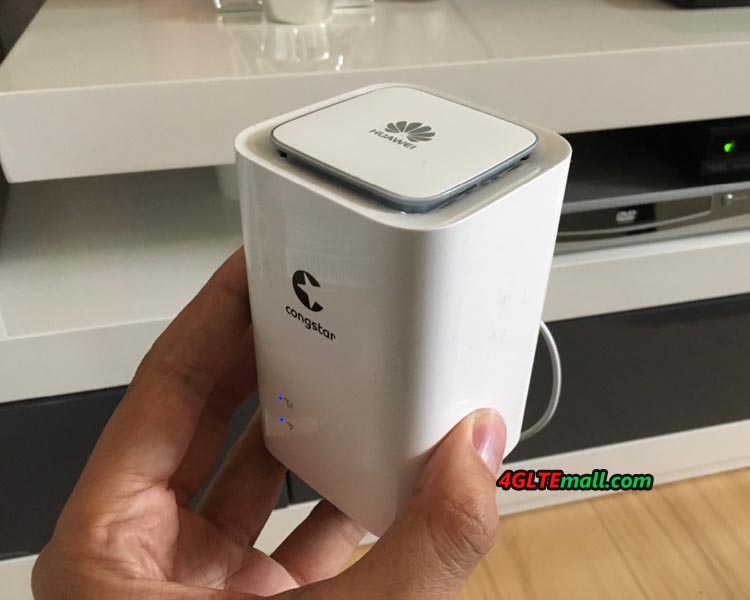 Over several days, we have examined the data transfer rates offered by congstar’s internet access. The provider itself provides up to 20 MBit/s in the downstream. This value was also achieved in the test, whereby the LTE signal strength also plays a role here. If only a medium reception level is displayed on the router, the data throughput also drops.

On average, we reached between 20 and 21 MBit/s in the downstream and 5 to 6.5 MBit/s in the upstream. The response times were between 17 and 25 ms. The congstar homespot therefore provided similar performance data, such as a VDSL-25 connection in the fixed network. Even the somewhat higher latencies compared to the fixed net do not make themselves noticeable with normal surfing, with the use of e-mails, fairs, etc. It may not be the case for gamers, who need the lowest possible ping times. 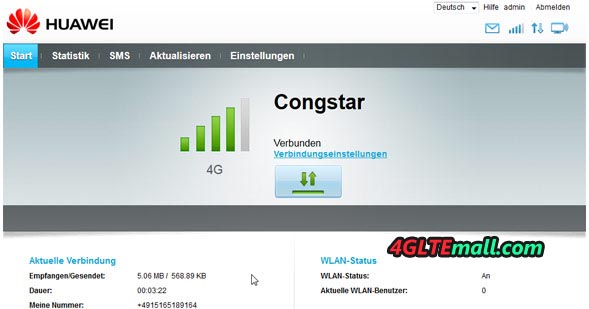 It should be borne in mind that our performance tests have only been carried out at the location in Hessian Spessart, which is registered as the usage address for the congstar Homespot. We also carried out measurements on different days and at different times of the day. The results were quite similar, with Telekom’s LTE-800 radio cell, which is available here, with a unrestricted data SIM generally providing data rates between 40 and 50 MBit/s in the downstream.

However, our results are not comparable to data rates and ping times at other sites. Depending on the number of users and the user behavior, depending on the network configuration and capacity, there can be significant differences. Above all, in cities it is quite possible that the well-developed LTE network of the Telekom has some overloading phenomena.

In summary, the Huawei E5180 congstar homespot is good for wireless supply at a house, but missing the 5GHz WiFi band. The Ethernet port is also good for desktop and the internet speed is also good for most cases. If you would like to know more Huawei 4G router, welcome to check here: https://www.4gltemall.com/4g-wireless-router/huawei-4g-lte-wifi-router.html The Austrian provider A1 Telekom Austria presented an 4G/LTE+Internet box( also a new LTE router), the model number is Huawei LTE Cube E5180, which is hidden technically. The Box proves that a router does not have to look dull or even ugly: The technology of E5180 puts in a chic, white square whose design amazingly reminiscent of Apple. With 11 x 7 x 7 centimeters and 250 grams in weight, the A1 Internet box 4G/LTE E5180 is portable enough to be used as a mobile LTE router. The micro-SIM card comes in a slot on the bottom of the unit. In addition to the technical specifications, the design attracts the eyes. It is probably no exaggeration to say that Huawei E5180 is the currently most fashionable LTE router in the world. With the support LTE Category 4 and provided an appropriate collective as well as a developed network, Huawei E5180 Cube could achieve download speeds of up to 150 Mbit/s and 50 Mbit/s speeds for upload at 800, 1,800 and 2,600MHz. If no LTE network available, thanks to the support of DC-HSPA+, the E5180 Cube could reach download speed up to 42 Mbit/s. The only drawback that we could find in the router: It has incomprehensibly no connections or ports for external antennas. Therefore, one should keep a close eye on reception quality. If the signal is weak, you should move the location of the cube. Up to 32 devices in the house can be supplied with the A1 Internet box 4G/LTE E5180 via WLAN. The connection is elegantly solved: By pressing the blue backlit lid of the box, Wi-Fi 802.11 b/g/n is activated. Huawei promises a wireless range of up to 250 meters with a possible maximum speed of 300 Mbit/s.

At the same time, the cover also serves as a WPS button, with the click of a button easily and quickly WPS encryption is built (WPA and WPA2 are also supported). The A1 E5180 dominated UPnP (Universal Plug & Play) and is also protected by an integrated firewall.

For wired Internet connections, the E5180 has only one Ethernet port, here you would already want multiple ports. On the back there are the RJ45 output, the RJ11 port for an analog phone or fax machine as well as the connection for the 12-volt power adapter.

The Internet box 4G/LTE E5180 there are offered by A1 for new customers at no extra charge when booking an A1 mobile Internet tariff (S/M/L). If you want the unlocked version of Huawei E5180 A1 Internet box, you can check the online website www.4gltemall.com . We provide international shipping with one year warranty.