A couple of days ago, Huawei unveils its WiFi AX3 series WiFi Router, which includes The new WiFi AX3 series includes two variant models: Huawei WiFi AX3 (Dual-core) and WiFi AX3 (Quad-core). The AX3 series router supports Wi-Fi 6 and demonstrates Huawei’s cutting edge technology and 5G – with a prominent role in the development of Wi-Fi 6 standards. With its technology, Huawei has facilitated seamless collaboration between routers and other chip-level devices. It delivers powerful Wi-Fi 6+ connectivity when used with Huawei devices. 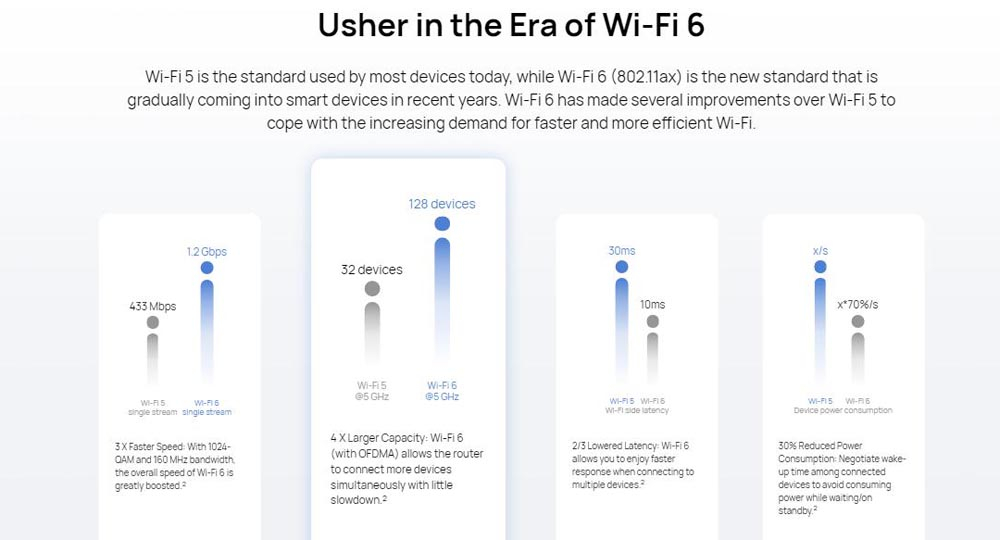 HUAWEI WiFi AX3 series routers come equipped with Huawei’s exclusive Gigahome processor and Gigahome Wi-Fi 6 chipset. With the Wi-Fi 6 standards as the basis, Huawei has incorporated multi-chip collaborative technology, so as to ensure that the HUAWEI WiFi AX3 offers “Wi-Fi 6+” at a doubled network speed, alongside enhanced wall penetration capabilities, when used with other Huawei Wi-Fi 6 devices. 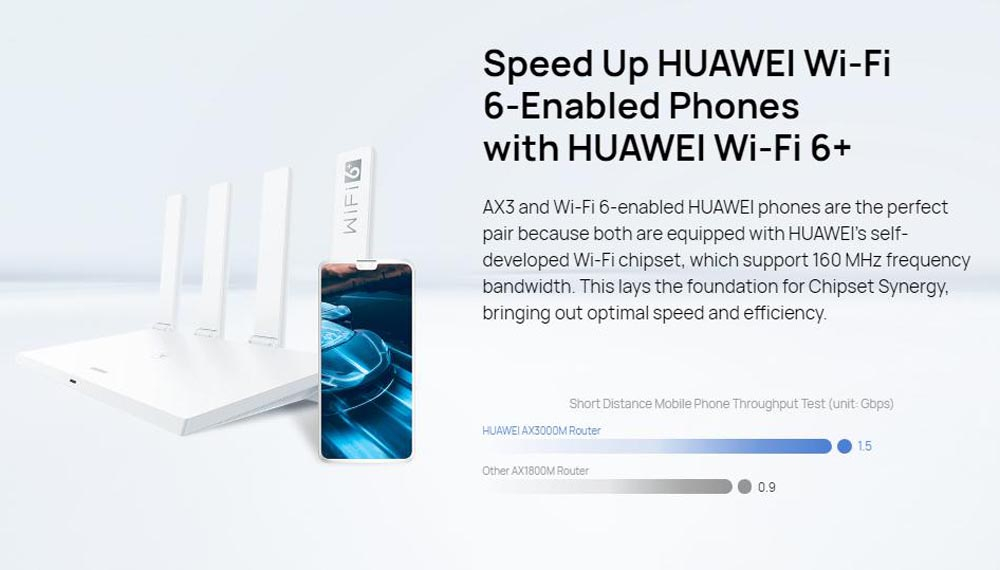 The Gigahome Wi-Fi 6 chipset made this solution possible, by improving the frequency bandwidth up to 160 MHz, as well as realizing on-demand automatic packet fragmentation in narrow-band mode via dynamic narrow-band technology. This has the effect of stabilizing the working brand frequency bandwidth at 2 MHz, for a wall-penetrating network signal that does not stall. Or simply put, users can enjoy faster network near the device, and more stable connections from further distances away. 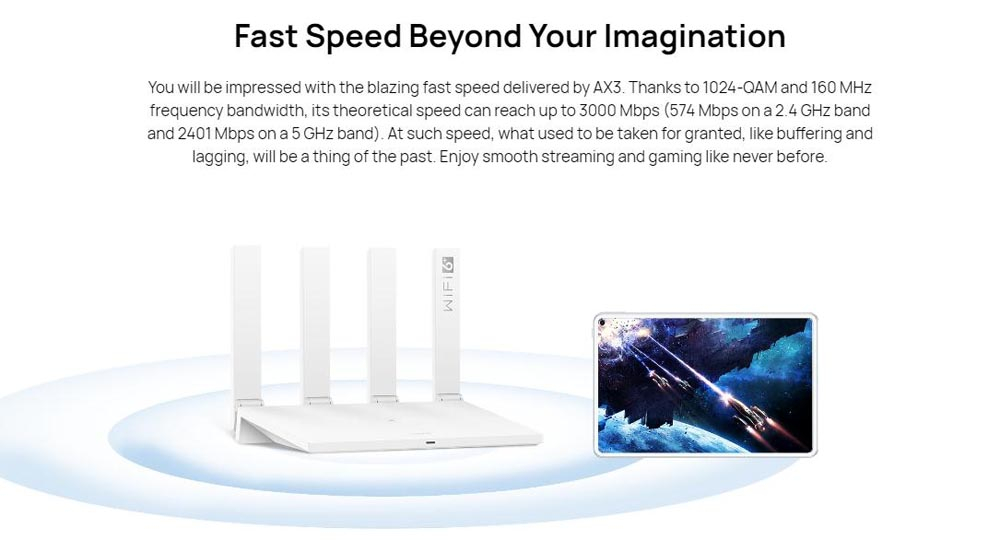 The quad-core version of the HUAWEI WiFi AX3 series also provides support for Huawei Share. Simply by tapping an unlocked Android phone with NFC enabled against the router’s NFC detection area, users can connect directly to the Wi-Fi network without having to enter a password. This feature is particularly handy for catering to house guests, or hotel and restaurant patrons, saving them the time, hassle, and awkwardness associated with asking for and entering a complicated password.

In addition to the exclusive dynamic narrow-band technology, the quad-core version packs four independent signal amplifiers (two for the dual-core version), enabling Mesh networking for multiple Huawei routers, and supporting wireless, wired, and hybrid wireless + wired networking modes that expand network access to every nook and cranny in a household or business.

The HUAWEI WiFi AX3 Pro is the first home router to run on Huawei’s proprietary Harmony operating system. Taking the factors that slow down wireless network speed into account, it optimizes the routing system from the app layer, driver layer, and kernel layer, and establishes a two-year aging test model to ensure its long-term stability.

The HUAWEI WiFi AX3 quad-core version also incorporates HUAWEI HomeSec TM security protections. An independent security zone (TEE-trusted execution environment) has been built into the Gigahome quad-core chip, and the TrustZone security solution has been constructed from the microkernel for Harmony OS. This solution has obtained the Evaluation Assurance Level-5 (EAL5) certification from Common Criteria, a globally recognized IT product certification organization, further attesting to the product’s financial-level security safeguards.

Because of its deep understanding of 5G technologies, Huawei has become a major contributor to the Wi-Fi 6 standard. Huawei experts have chaired five Wi-Fi standard working groups, for example, Dr. Osama Aboul-Magd, is the chairman of the Wi-Fi 6 (802.11ax) standard working group. Additionally, Huawei has submitted 240 new Wi-Fi 6 (802.11ax) proposals, accounting for 15% of all proposals, which is more than any other device manufacturer. Huawei has also introduced many advanced 5G technologies into Wi-Fi 6.

Thanks to its long-term investment in Wi-Fi 6, Huawei not only offers products that support the Wi-Fi 6 standards, but also integrates unique chip collaboration technologies using its self-developed Gigahome Wi-Fi chips. This enables a range of Huawei Wi-Fi 6 devices to deliver an optimal user experience.

As well as being a leader in Wi-Fi 6 technology, Huawei is proposing a mid- to long-term strategy for building a seamless smart life for consumers in the next 5 to 10 years, based on the “1 + 8 + N” strategy which focuses on five major scenarios. In this strategy, Wi-Fi routers play a crucial role as connection centers, providing a simple, high-speed, stable, and secure Wi-Fi connection vital for enjoying a high-quality smart life, which is Huawei’s long-term objective.

Huawei has invested tens of millions of dollars in developing dedicated chips for routers. Through the combination of software and hardware at the bottom layer of chips, Huawei has eliminated more than 80% of problems related to frame freezing, delays, and disconnections. In addition to the AX3 series, Huawei will continue to use the Gigahome chipsets on later products. Huawei has also built a Wi-Fi capability center in Wuhan which houses the most rigorous testing environment in the global router industry, meaning that Huawei products can be tested rigorously before becoming available to consumers.

Huawei WiFi AX3 will be available in the market at the end of July. However, Huawei didn’t leak about the price of the Huawei AX3 WiFi router. We will keep updating.