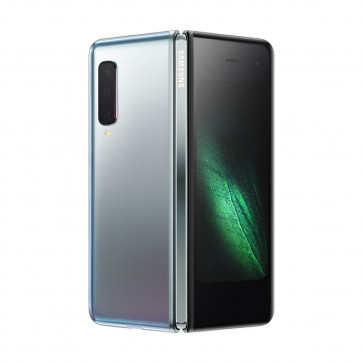 Samsung Galaxy Fold SM-F9000 is a new smartphone from Samsung that was announced on February 20th. It is the next generation in the Galaxy series and will be available on April 26th. It will feature a 7.3-inch Infinity Flex Display, which folds into a compact device with a cover display, 512 GB memory, app continuity, 7nm processor, and six cameras.

* New Display Materials： The internal screen does not merely bend. It folds. Folding is a more intuitive motion, and a more difficult innovation to deliver. Samsung invented a new polymer layer and created a display around 50 percent thinner than the typical smartphone display. The new material makes Galaxy Fold flexible and tough, built to last.

* New Hinging Mechanism： Galaxy Fold opens smoothly and naturally, like a book, and closes flat and compact with a satisfying click. To achieve this, Samsung engineered a sophisticated hinge with multiple interlocking gears. This system is housed in a hidden enclosure for a seamless and elegant look.

* New Design Elements： From the screen to the housing, to every element you can see and touch – Samsung left no stone unturned. The fingerprint scanner is found on the side where the thumb naturally rests, so the device unlocks easily. Two batteries and the components are evenly distributed so Galaxy Fold feels balanced in your hands. Colors with unique finishing—Space Silver, Cosmos Black, Martian Green and Astro Blue1 —and the engraved hinge with Samsung logo complete its elegant fit and finish.

* Multi-Active Window: The possibilities are virtually endless with Galaxy Fold – designed for the ultimate multitasker. You can open up to three active apps simultaneously on the main display so you can surf, text, work, watch and share without losing a beat.

* App Continuity: Make intuitive, seamless transitions between the cover and the main displays. As Galaxy Fold opens and closes, apps will automatically show up where you leave off. When you’re ready to take a photo, make in-depth edits, or have a closer look at the feed, open the display for a big screen and fuller canvas.

* Do More: To ensure everything runs smoothly, even when running three apps simultaneously, Samsung equipped Galaxy Fold with a high-powered, next-generation AP chipset and 12GB of RAM with PC-like performance. The sophisticated dual battery system was specifically engineered to keep up with you. Galaxy Fold is also capable of charging itself and a second device simultaneously via Wireless PowerShare, while connected to a regular charger so you can leave your second charger at home.

* Ultimate Multimedia Experience: The Galaxy Fold is designed for entertainment. Thanks to immersive visuals on the Dynamic AMOLED display and crisp, clear sound by AKG with the stereo speakers, your favorite movies and games come to life in rich sound and color.

* Our Most Versatile Camera Yet: No matter which way you hold—or fold—the device, a camera will be ready to capture the scene, so you never miss the moment. With six lenses—three in the back, two on the inside and one on the cover—the Galaxy Fold camera system has flexibility built in. Galaxy Fold introduces a new level of multitasking, allowing you to use other apps during a video call.

Note:
* User memory is less than the total memory due to storage of the operating system and software used to operate the device features. Actual user memory will vary depending on the operator and may change after software upgrades are performed.
* No MicroSD slot 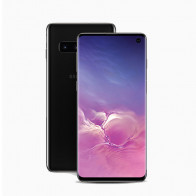 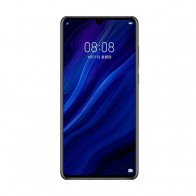