The LTE cellular module manufacturer Quectel presented its first dual-mode LTE Cat-NB2 / GSM module at the end of February at the Mobile World Congress. The module is Quectel BC97, which can switch between NB-IoT and GSM technologies according to the coverage of one to the other of networks. At the MWC, the BC97 module sample displays compact dimensions of 23.6 x 19.9 x 2.2 mm and is compatible with the GSM/GPRS M95 variant, allowing a smooth migration from one design to the next NB-IoT while minimizing costs and development time, says the Taiwanese firm. 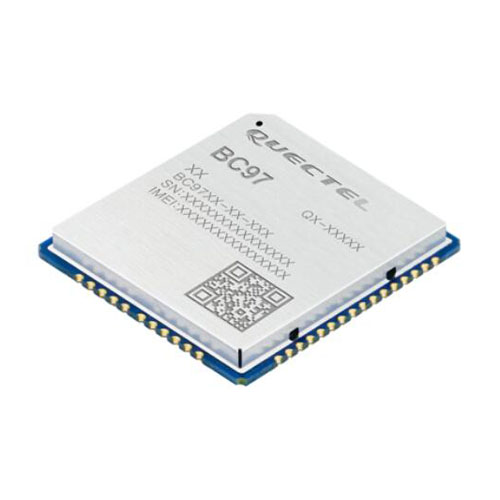 “The migration of GSM to LTE and 5G is irreversible,” said Doron Zhang, vice president of Quectel. But the GSM network, because of its extensive coverage, will remain operational for many years, especially in some developing countries. With its GSM fallback mode, the BC97 module can accommodate existing GSM networks and switch to NB-IoT in a progressive and transparent manner for the user as the NB-IoT infrastructure is unfolded. ”

It will be recalled that the NB-IoT version known as LTE Cat-NB2 refers to Release 14 of the 3GPP specifications, the first version of the NB-IoT (LTE Cat-NB1) having been detailed in Release 13.