It’s obvious that the Huawei Mate X is the main role at the Barcelona event MWC2019. With the Mate X, Huawei also presented some 5G gadgets such as Huawei 5G CPE Pro and Huawei 5G Mobile WiFi Hotspot. Although they are not very spectacular, the useful line of innovations naturally attracts intentions at the event.

According to Huawei, the Huawei 5G Mobile Pocket Wi-Fi router has built a Balong 5000 chipset platform modem, the maximum data rate can reach 4.6 Gbit/s, which is very faster than current 4G speeds. The new 5G device supports sixth-generation Wi-Fi networks (ax), with the use of which the speed of data exchange within the network reaches 4.8 Gbit/s. Due to this, a file of 1 GB can be downloaded in just 3 seconds, that is, almost instantly. 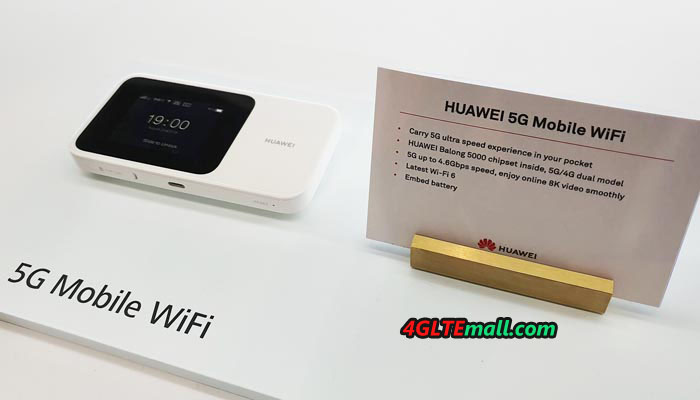 With the support of Wi-Fi 6 (ax) HiLink technology, owners of the new Huawei 5G portable WiFi router can communicate with multiple devices within the network any data as much as four times as fast as using Wi-Fi 5 (ac). The Huawei 5G WiFi Hotspot router has a large battery pack of 8000 mAh, and it provides about 7 hours of operation in the 5G network at the highest speed. When using networks 3G and 4G LTE, this figure is increased by 2 – 3 times.

The Huawei 5G Mobile Wi-Fi Portable Router supports Qi’s fast charging technology and can also be used as a stationary access point – for this you need to connect the charger via a USB Type-C connector. Also, the manufacturer would provide the antenna connectors in the Huawei 5G pocket WiFi and also introduced a touch screen that allows you to control routers with different capabilities without having to enter the “admin” via a third-party device. 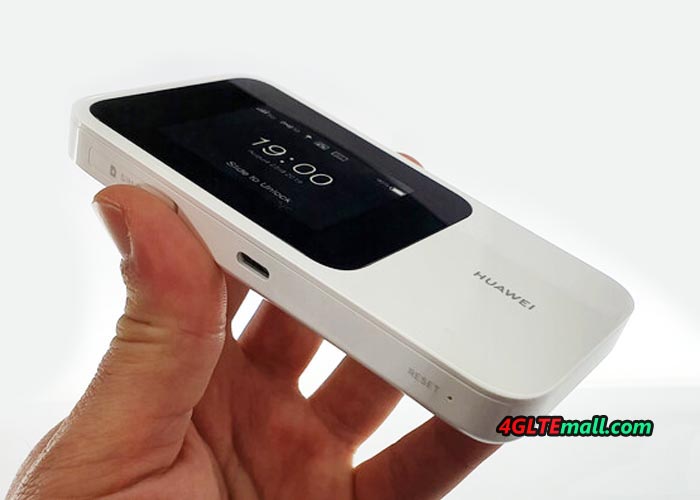 Since Huawei mobile WiFi hotspots are always popular in thousands of users worldwide, the latest Huawei 5G WiFi router would be no doubt a selling star. However, Huawei didn’t tell when they would be available. We predict it would be available around June, 2019. And the price would not be cheap because the 5G network construction over the world is still on the way. But we would keep updating the news of this new 5G WiFi router.