As early as February 2019, Huawei has released the first folding smartphone – Huawei Mate X. The global market launch continues to be delayed. The news shows Huawei Mate X would be available in China at the end of 2019. Luckily, we have the opportunity to get the Huawei Mate X in hand and you will read the details in this post. 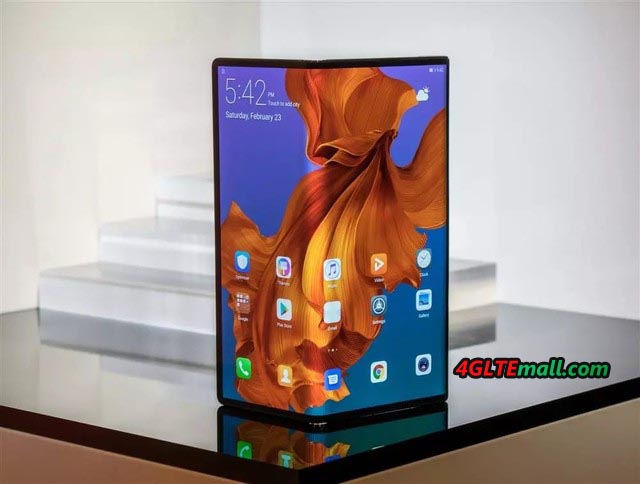 If you didn’t know this phone, the Huawei Mate X is not immediately recognizable as a folding smartphone. Rather, the stately size in the closed state catches the eye. The Mate X is relatively wide so the people with big hands would hold it in one hand easily. 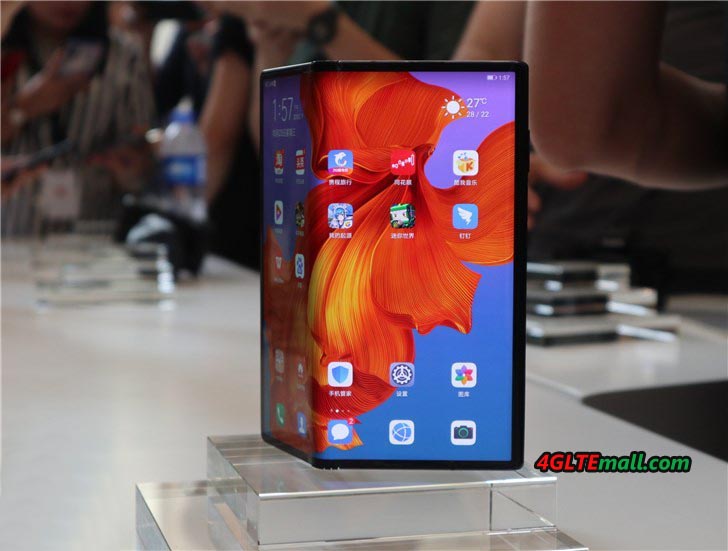 The workmanship is very good, but the device does not feel as high-quality as the other premium smartphones due to the flexible plastic-protected display. 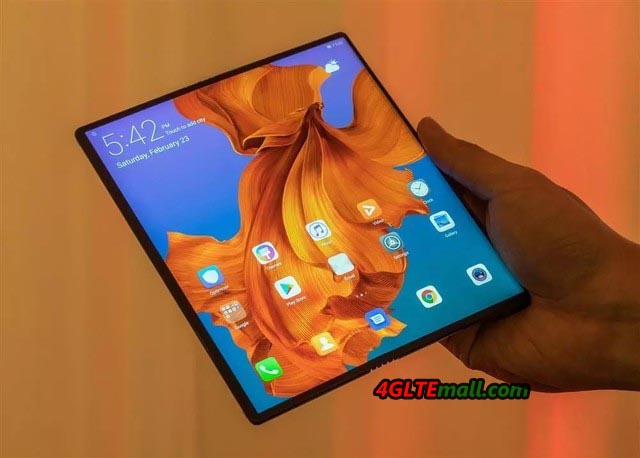 The Huawei Mate X is relatively flat even when closed, it is then really thin when opened. Nevertheless, it is stable and the display back is quite high quality. 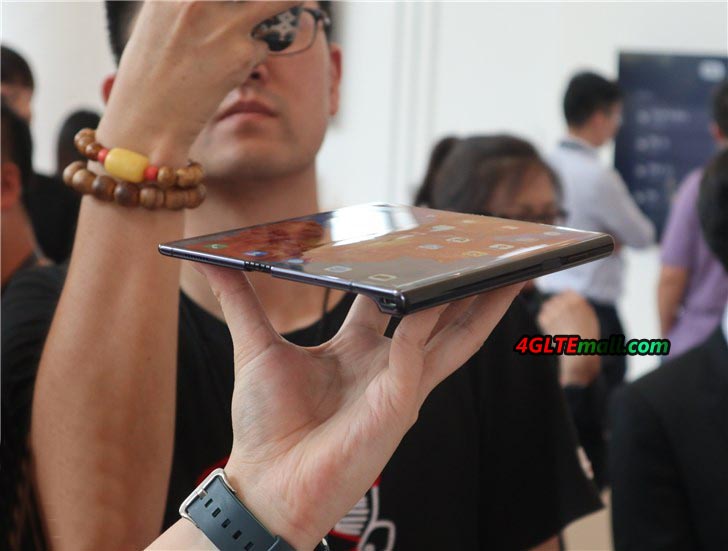 To open the display, a button on the back is pressed. It is slightly below the three cameras. The button has a good pressure point and “kicks” the display slightly outwards, you then have to unfold it yourself. 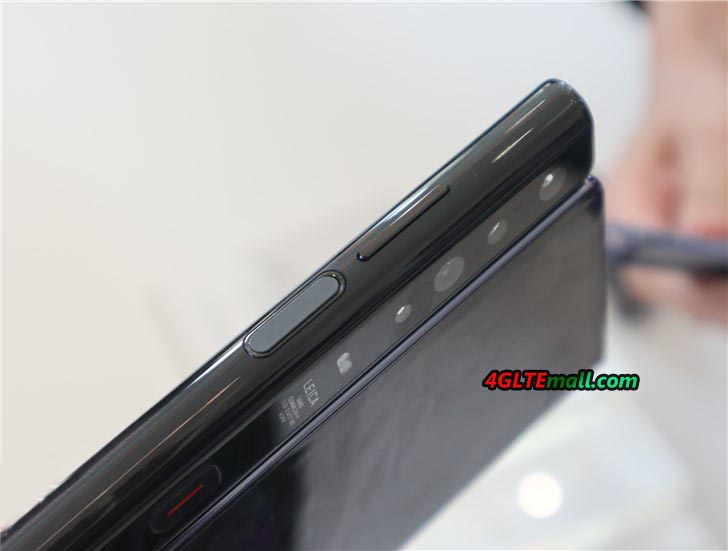 Folding feels a bit stiff at first, but this makes the device very stable. The mechanism leaves the impression that it can withstand many folding operations.

The display itself is very nice. It is very bright if desired, colors are AMOLED typical gaudy and the resolution is sufficiently high. In the unfolded status, only a very weak “fold” in the display cover is visible, which is more pronounced in competition model Samsung Galaxy Fold 5G. 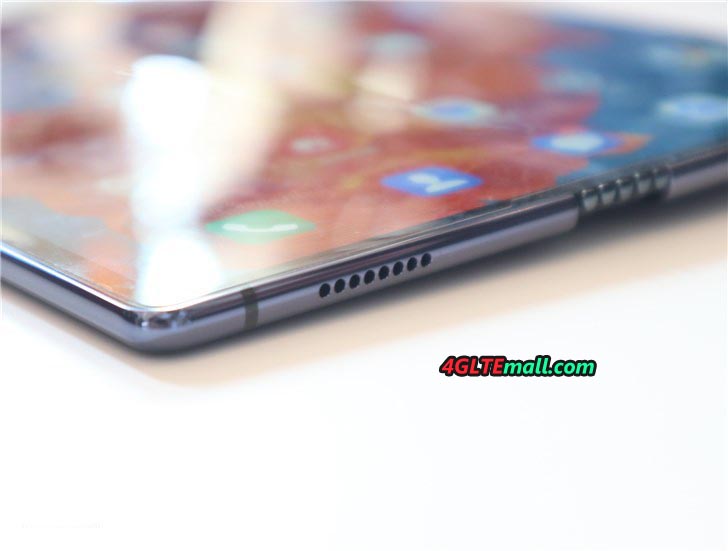 The Huawei Mate X will be sold as a 5G smartphone. At the first speed tests in Sunrise’s 5G network , the device reached speeds of around 1 GBit/s in the downlink and up to 150 MBit/s in the uplink at the trade fair stand. A HiSilicon Balong 5000 5G modem developed by Huawei, is used.

The other 4G, 3G and 2G mobile technologies are handled by the Kirin 990 SoC, which is also used in the Huawei Mate 30 Pro 5G. Originally the Mate X should still come with the predecessor chipset Kirin 980 on the market. 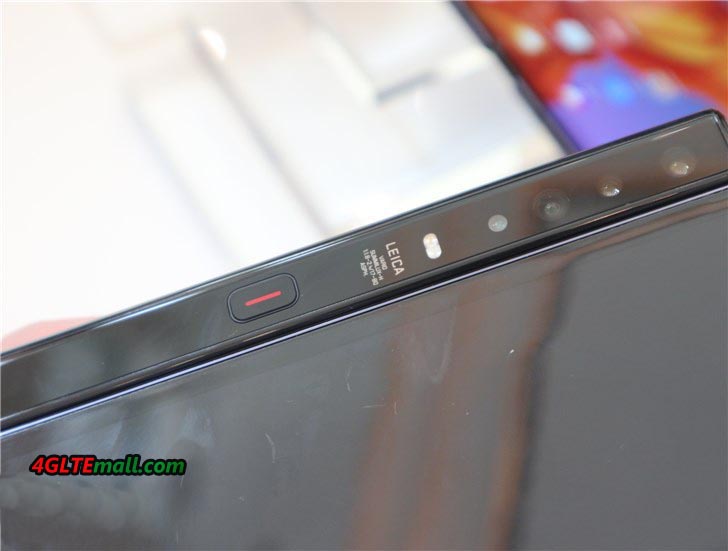 Incidentally, Google apps were not installed on the test device on display, which is probably one of the reasons why Huawei has not provided any further information on a possible launch in Europe.  Perhaps due to the limit policy from Google, some other Huawei 5G smartphones also don’t have Google apps or service. We would take further test once we get this phone.

More details about the Huawei mate X 5G for reference: 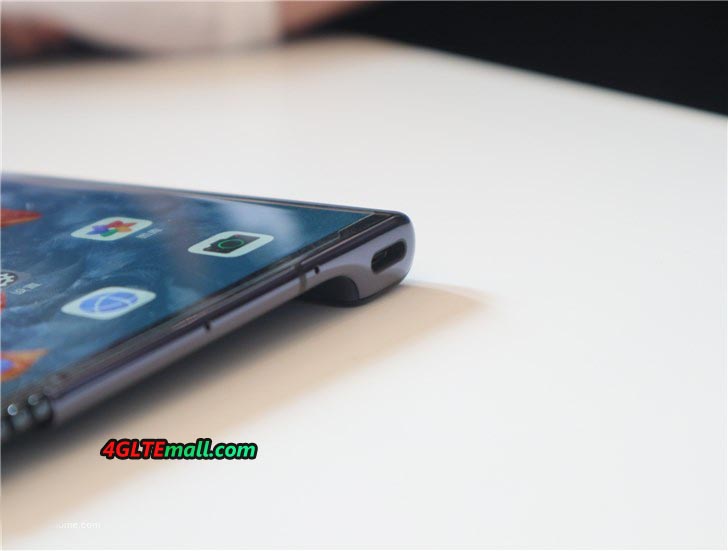 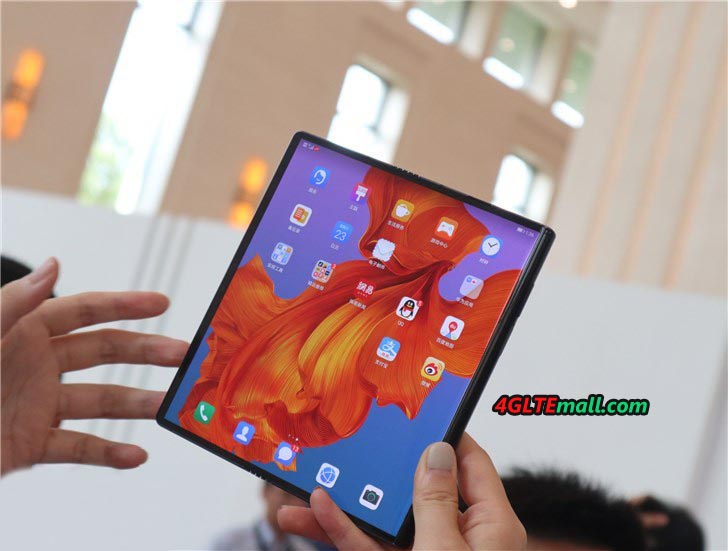 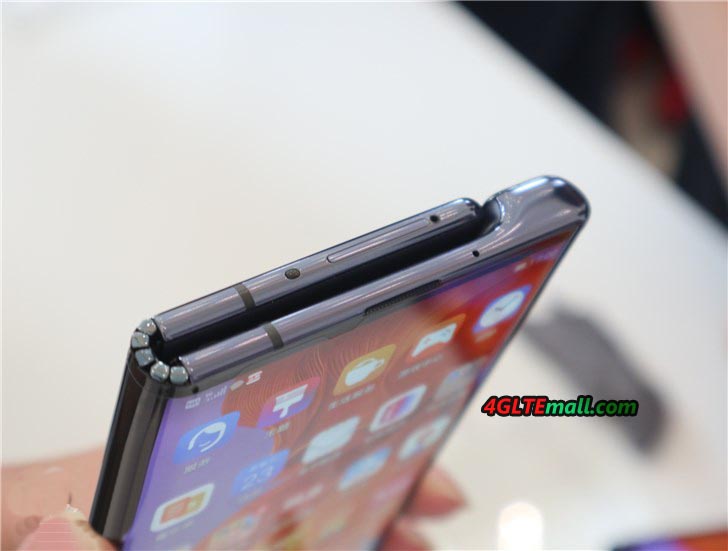 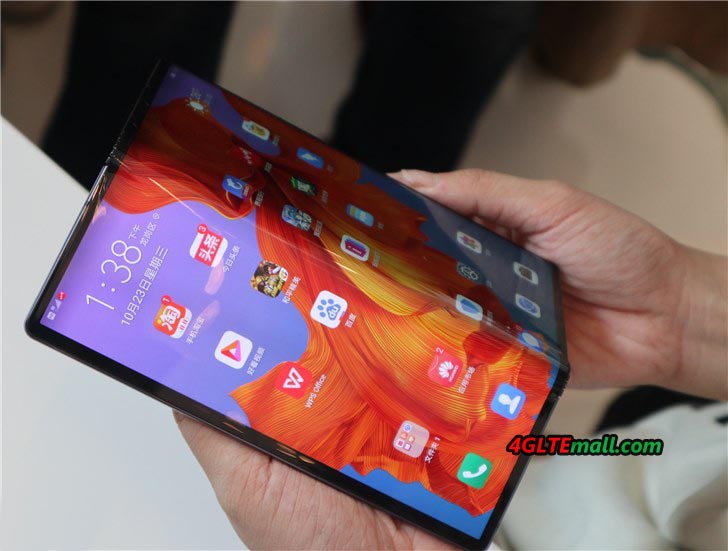 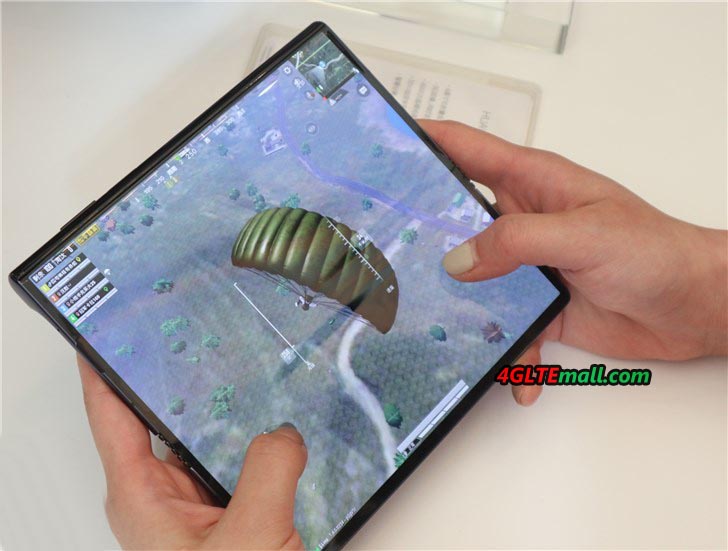 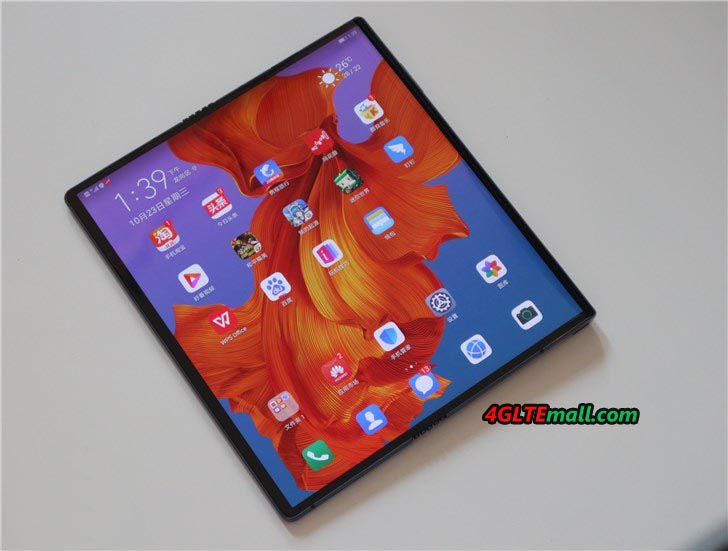 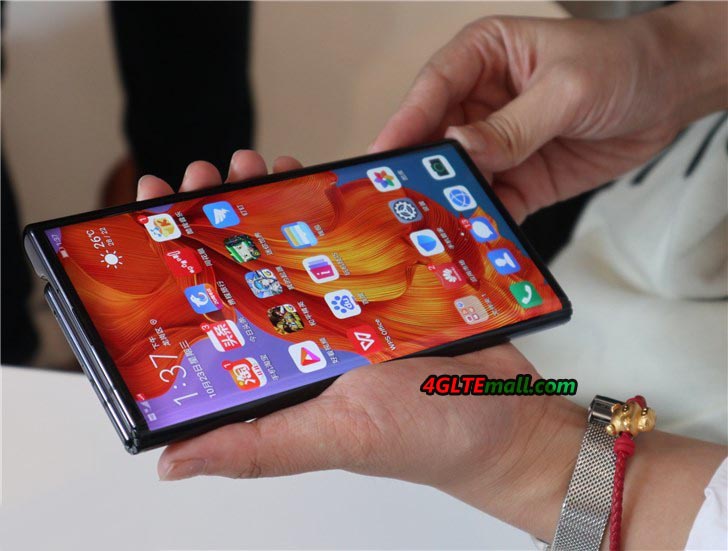 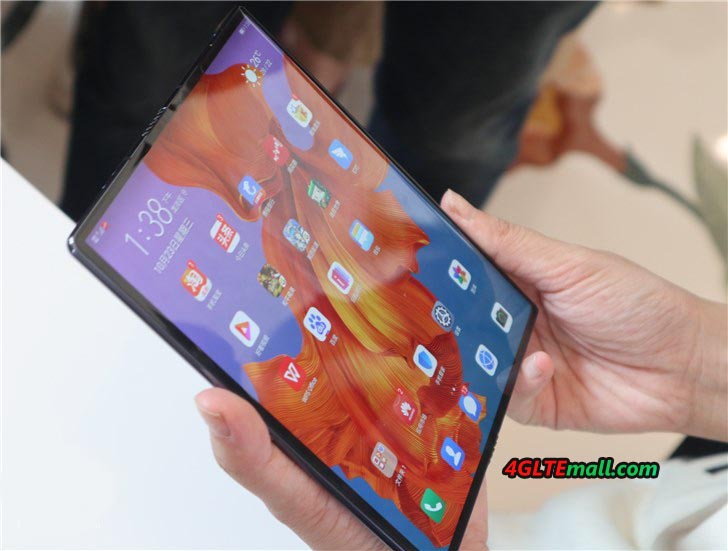 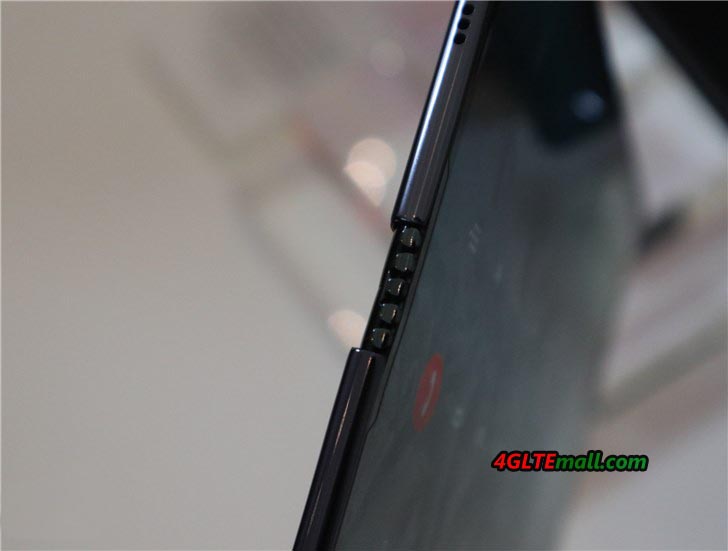 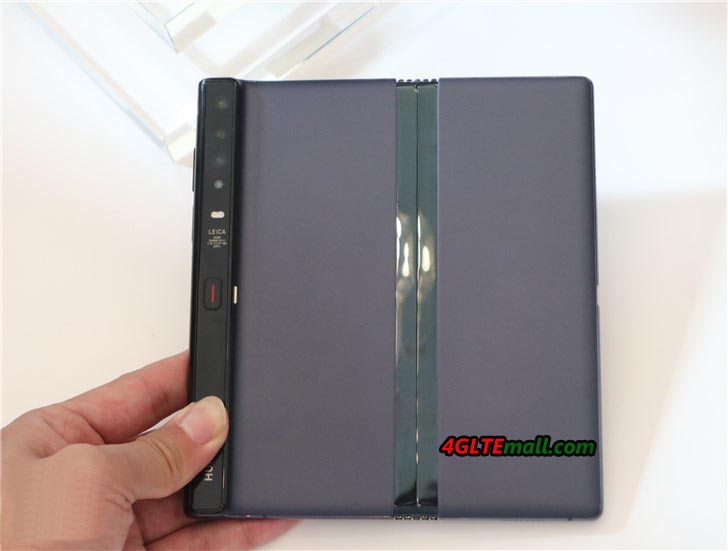 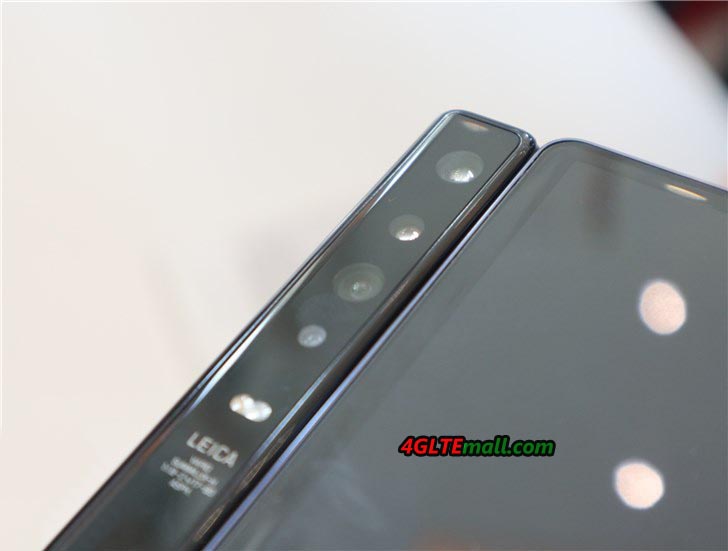