The Huawei Mate 10 Pro is the new flagship smartphone from Huawei. It comes in a new glass design and with a high-resolution 18: 9 display in three different colors now. In addition: a dual camera with f1.6 aperture, 128GB of internal memory and a modern Kirin 970 chipset with Neural Processing Unit (NPU). The LTE Cat18 modem can reach up to 1.2 Gbit/s in the download. The price for the Huawei Mate 10 Pro is quite fair compared to other flagship smartphones such as the Apple iPhone X or the Samsung Galaxy Note 8. Today we will take a closer look at the Mate 10 Pro smartphone, and show its details in this article. 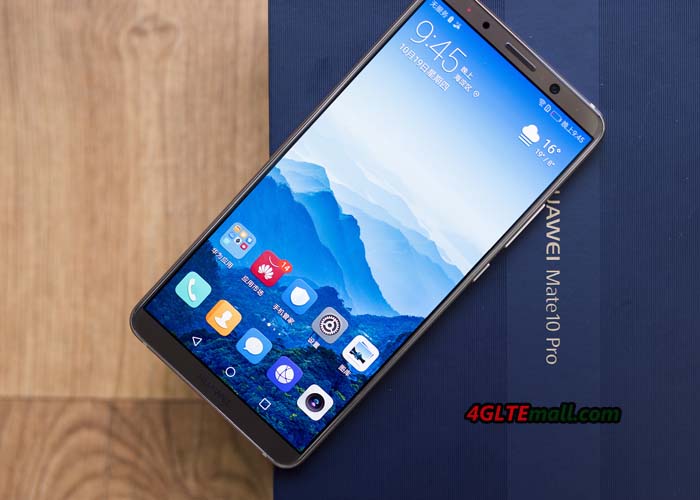 The Huawei Mate 10 Pro comes with a completely new design compared to its predecessor Huawei Mate 9. The earlier metal back was replaced by a glass back, which is clearly perceptible on all sides. As a result, the Mate 10 Pro is in the palm of your hand thanks to the 18: 9 formats (formerly 16: 9). In the display, Huawei sets a nearly borderless 6 inch OLED, which left a very good impression during the first test. The resolution is 2160 x 1080 pixels. 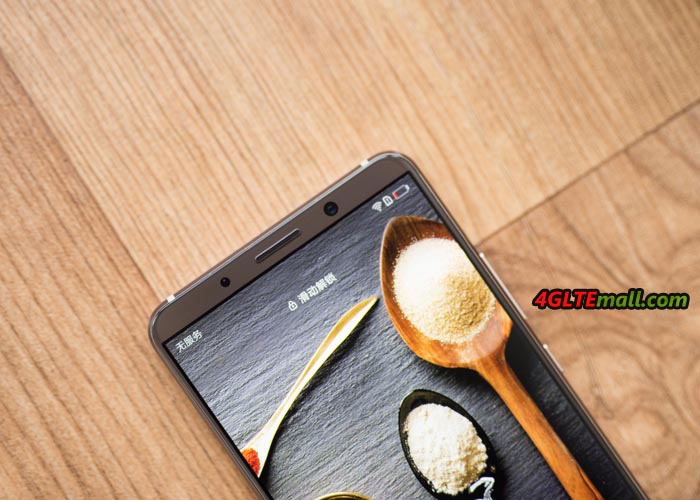 One of the highlights besides the integrated Leica dual camera is surely the HiSilicon Kirin 970 chipset. In addition to an octa core processor with 4 x 2.36 GHz and 4 x 1.8 GHz, this also offers a super-fast LTE modem for data rates of up to 1.2 GBit/s (LTE Advanced Pro category 18). The modem can bundle up to 5 frequency bands (5CC Carrier Aggregation ) and can use the 256QAM modulation. In addition, the Huawei Mate 10 Pro is one of the first smartphones with 4 × 4 MIMO antenna technology. The number of supported frequency ranges can also be seen, the device can be used worldwide:

The Huawei Mate 10 Pro is the first smartphone to support Gigabit LTE networks. 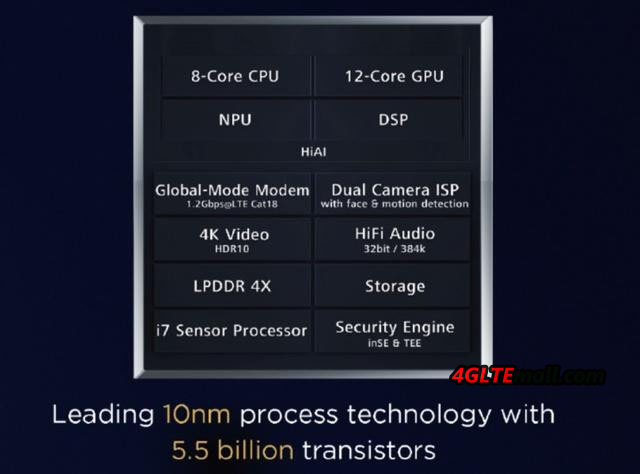 The Huawei Mate 10 Pro comes with the operating system Android version 8. The interface is pre-installed with EMUI 8.0, the latest version of the Huawei launcher. According to Huawei, the EMUI version number has skipped some numbers so that the version numbers of Android and EMUI are now identical. In the first test, the software ran smoothly, as you would expect. For easier one-hand operation, EMUI 8.0 has integrated a further improved “Floating Dock” functionality with a “virtual joystick” for the Mate 10 Pro. 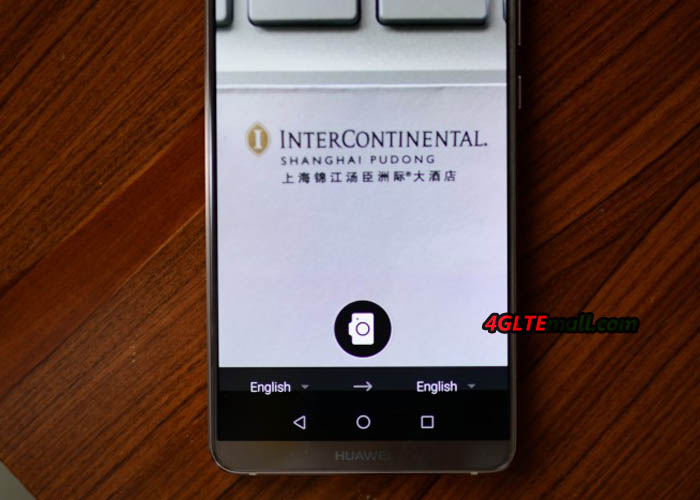 The Mate 10 Pro is equipped with a dual camera, which was developed in collaboration with Leica like the predecessor. There is an RGB sensor with 12 megapixel resolution and a black and white sensor with 20 megapixel resolution. According to Huawei, the Mate 10 Pro can take very good photos even in low light conditions thanks to the f1.6 optics. In the first test, the pictures really made a good impression, but for exact results one should of course wait for the detailed tests. 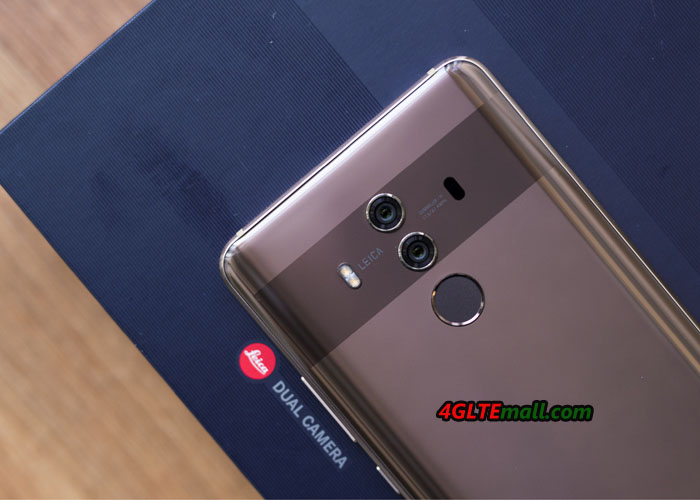 According to Huawei, the NPU (“Neural Processing Unit”) of the Kirin 970 chipset ensures a very fast detection of content in the camera image and adjusts accordingly the appropriate camera mode, if desired. In the first test this worked surprisingly well. Videos will be recorded on request in 4K resolution with a maximum of 30 fps, 4K with 60 fps, as supported by the new Apple iPhone 8, while the Mate 10 Pro cannot. The front camera takes photos with up to 8 megapixel resolution and offers an f2.0 aperture. 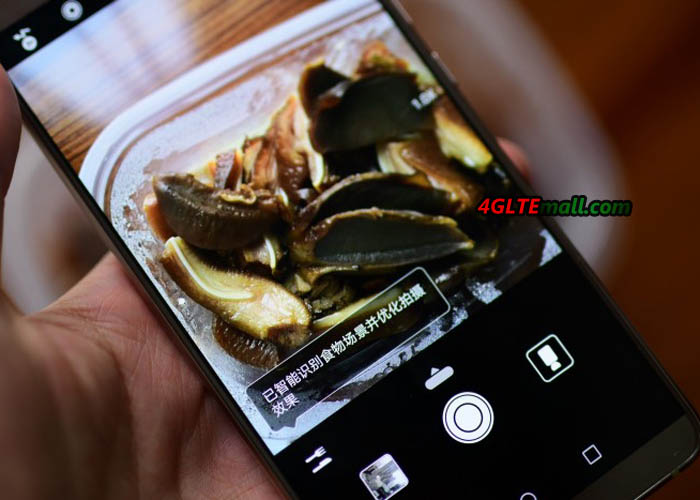 The Huawei Mate 10 Pro comes with 6 GB memory as well as 128 GB internal memory. The memory is very generous compared to many competitors models, but the Mate 10 Pro unfortunately cannot expand the memory via MicroSD card. Why Huawei has saved the slot is a mystery because space would probably have been there, especially since also dual SIM is supported.

The battery of the Huawei Mate 10 Pro offers a capacity of 4,000 mAh, it is not interchangeable by the user. The Huawei SuperCharge quick charge function is supported, meaning in a very short time you can recharge the battery.  Since the Mate 10 Pro does not have a 3.5mm jack and cable-connected headphones can only be connected via USB Type C, an adapter from USB Type C is included in the 3.5mm jack plug. A protective cover is included as well. 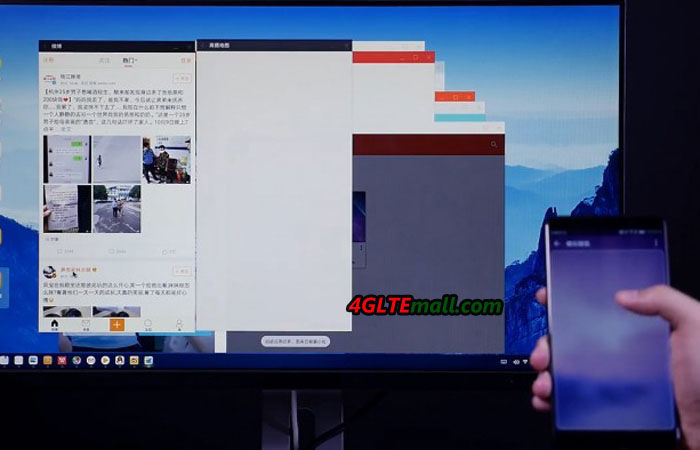 The Huawei Mate 10 Pro has left a good first impression. The device is good in the hand thanks to 18: 9 display format and the glass case. Only the many fingerprints, which are visible after a short time of use, disturb the design somewhat. The built-in technology makes a very good impression, here one can criticize only the missing MicroSD slot as well as the missing 3.5mm jack connection.

The device is offered in the colors Titanium Gray, Midnight Blue and Mocha Brown. It’s said many network providers would introduce the Huawei Mate 10 Pro to their plan. Here now, the unlocked version Huawei Mate 10 Pro is available on www.4gltemall.com , you may contact us if you need it.