Zyxel NR2101 was presented to the public last year and now the most affordable mobile 5G routers is available in mid-2021. Like the Netgear Nighthawk M5 are sold for around 850.00USD, the Zyxel 5G router is available at just around 400 euros. The Zyxel NR2101 comes with a replaceable battery, and it can use the current WiFi 6 standard and even has an integrated RJ45 Ethernet LAN connection. The 5G modem theoretically achieves speeds of up to 4 GBit/s. 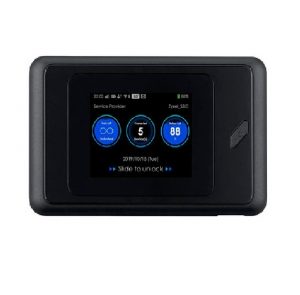 The Zyxel NR2101 is delivered in a small box together with a 5300 mAh battery. There is also a Quick Charge power supply unit (output max. 18 watts) and a short USB to USB Type-C cable included in the box. A multilingual quick start guide is also included and makes it easier to use.

The setup is easy and takes 3 to 5 minutes. First, the cover must be removed from the back of the NR2101 in order to insert the nano SIM card and the battery. Here you should directly write down the WLAN name as well as the WLAN password and the access data for the web interface, the data is printed on a label in the battery compartment.

Internet access and WLAN can then be configured either directly on the large touchscreen or via the web interface in a browser; the device must of course be connected via LAN, WLAN or USB.

The Zyxel NR2101 5G router has a USB Type-C connection and a Gigabit RJ45 Ethernet LAN connection. The USB connection can be used both to charge the battery and to operate it directly on the power supply unit, without the battery being inserted. A data connection (“USB tethering”) can also be easily established via the USB port.

In addition to the power button, there is a small LED on the front that shows the operating status in multiple colors. Most important, of course, is the large color display, which can be used to operate all important functions thanks to the touchscreen function. 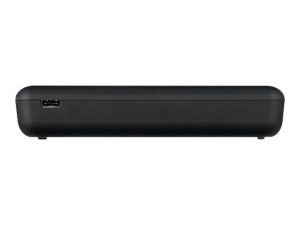 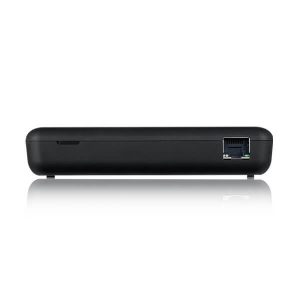 The Zyxel NR2101 also delivered very good download speeds of 300 Mbit/s and more in the test in the LTE network. In the upload, the speeds of up to 80 Mbit/s were well below the performance in the 5G network.

The 5G mobile router supports the new WiFi 6 standard and transmits on both 2.4 GHz and 5 GHz. Up to 16 devices can be connected via WLAN at the same time. This is certainly sufficient for the private sector, but the maximum of 16 devices could possibly connect with the Zyxel NR2101 Router.

In the test, the maximum speed was 1.2 Gbit/s, provided WiFi 6 could be used. With an older WiFi 5 device, 867 Mbit/s was still possible. In the 2.4 GHz band, the NR2101 theoretically achieves up to 574 Mbit/s. The WiFi range was decent in the test, an apartment of up to around 80 square meters or a small house can be supplied satisfactorily. 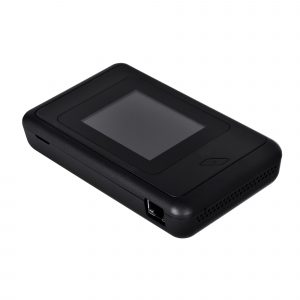 The exchangeable battery enabled an operating time of around 10 hours in the test. Depending on the application, a slightly shorter running time is also conceivable, for example if there are a lot of cell changes (in the train or in the car). Thanks to the quick charging power supply unit, the router is quickly recharged.

Almost all functions can be configured directly on the device via the touchscreen, but a browser web interface is also available on request. This is clearly structured, but has the peculiarity that it can only be operated when the display is switched off. In the web interface, for example, the 5G and LTE frequency band used can be read, and the cellular technology can also be set manually, for example. 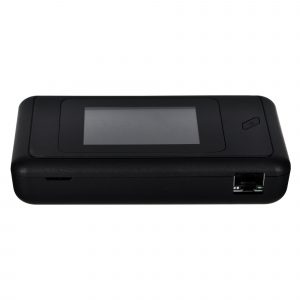 Conclusion on the Zyxel NR2101

The Zyxel NR2101 made a good impression in the test. The device is fully compatible with the 5G networks in the Europe and reached high speeds, but does not break any records. Operation via the touchscreen is simple and reliable. There is criticism for the lack of connections for an external cellular antenna, and the Internet access via LAN / WLAN as a supplement to the integrated modem would have been nice.