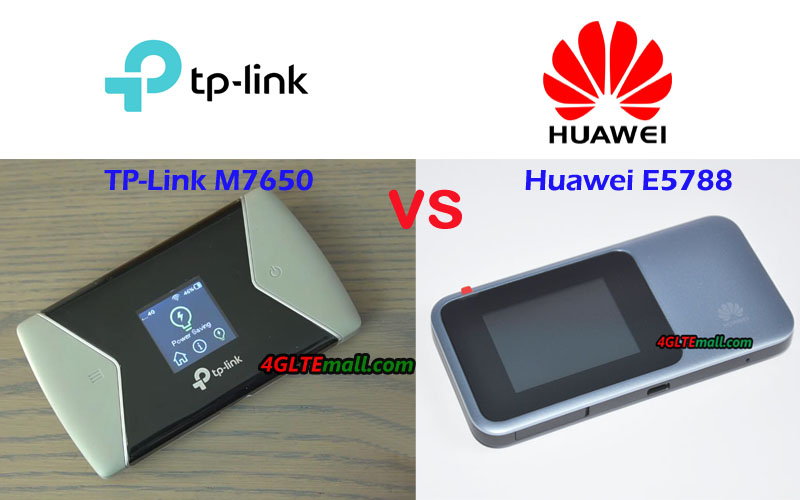 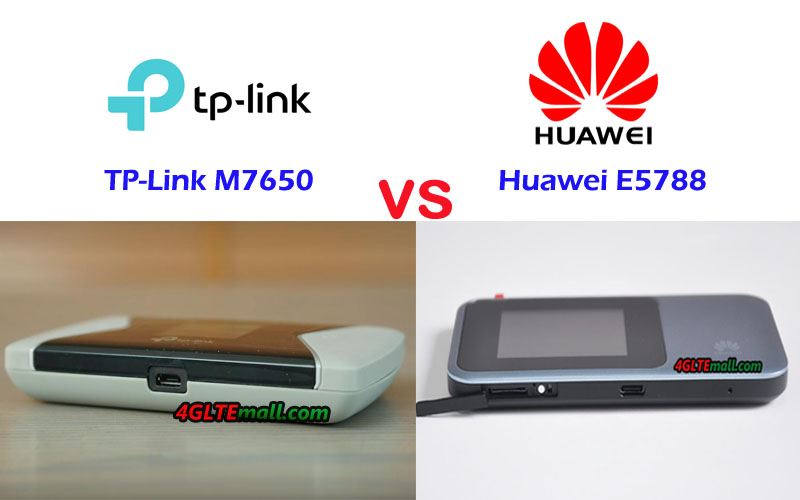 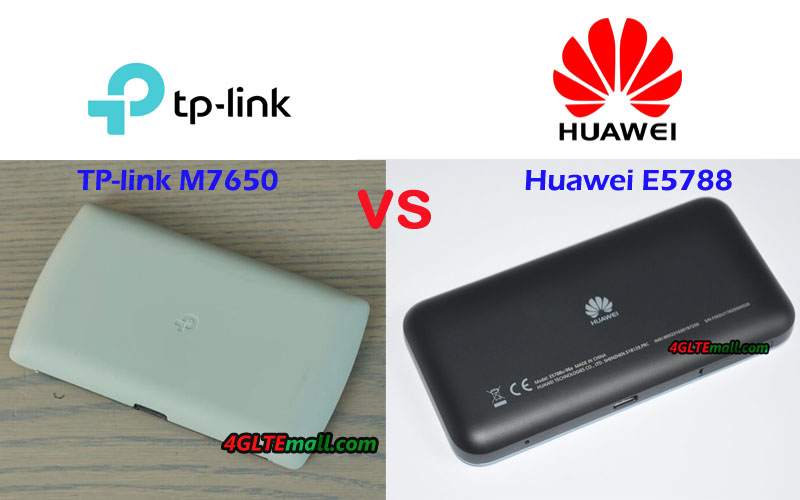 Huawei and TP-link are two important network equipment vendor for worldwide network carriers and end-users. They provided similar wireless products, so it’s unavoidable they compete with each other, especially on specific Wireless devices. Since more and more demand on LTE Advanced mobile devices, Huawei and TP-link both presented their LTE advanced mobile WIFI hotspot for worldwide users.

Huawei had supplied Huawei E5786 to the market a couple of years ago, and last year, the upgraded model Huawei E5787 available. TP-link was always following Huawei steps and the similar model TP-link M7450 was just available around the end of 2017. If you are unfamiliar with Huawei and TP-link 4G LTE mobile WiFi, you may not know the difference between the TP-link M7450 and Huawei E5787 & E5786. We will compare the three mobile WiFi hotspots in this blog and see TP-link MiFi VS Huawei MiFi, and which one is better to buy. 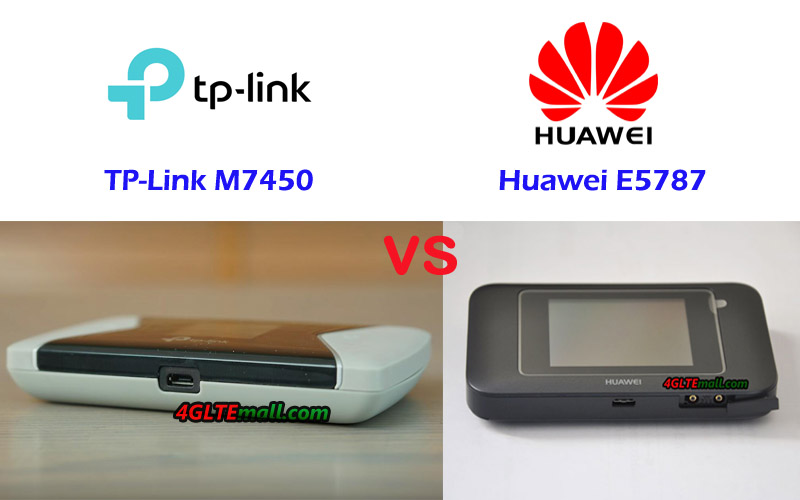 From the appearance, we can see the latest TP-link M7450 doesn’t have the connector for external antennas. Other features are very similar to Huawei E5786 except the battery. And Huawei E5787 touchscreen is also good to mention. Then let’s have a check the TP-link vs Huawei Pocket WiFi specifications with a comparison: 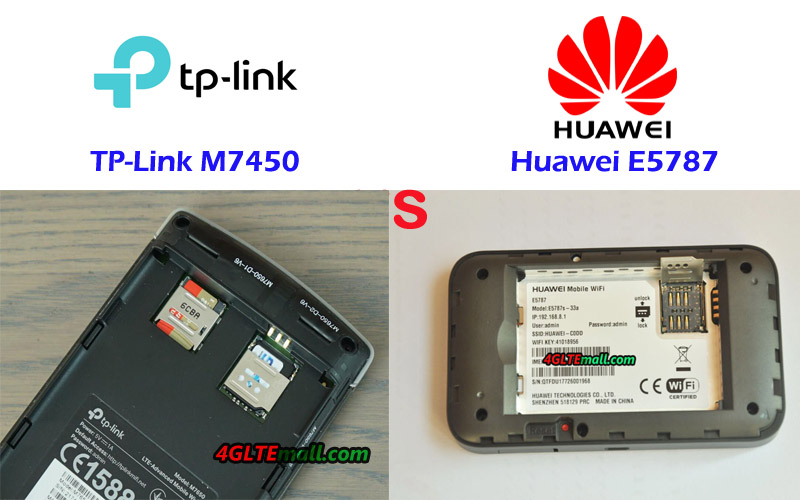 From the specs table, we can see the TP-link VS Huawei routers are very similar technically. The three mobile WiFi hotspots all could support peak download speed up to 300Mbps and upload speed up to 50Mbps with LTE Category 6. TP-link M7450 is based on Qualcomm chipset while two Huawei mobile WiFi are using Huawei own Hisilicon chipset. The two Huawei mobile WiFi both have variant models but TP-link M7450 has only one variant model, but TP-link M7450 could support maximum users up to 32 devices while Huawei E5787 and E5786 support only 10 wireless users. However, TP-link M7450 mobile WiFi doesn’t have the connector for external antennas, which is disappointing because the antenna connectors are very common in current 4G mobile WiFi hotspots. They all could be managed by APP which could be installed in the smartphone. Users can manage the mobile WiFi router through mobile phones. 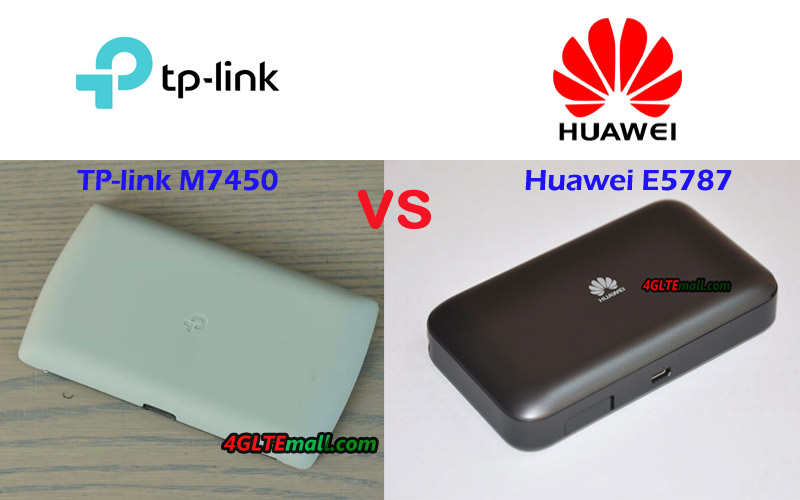 In the three mobile hotspots, the Huawei E5787 Specifications seems to be more user-friendly because it has a touchscreen where users could manage and do simple settings for the mobile router. The two connectors also provide the possibility for connecting external antennas when the device is working in rural area of weak signal. But if you want the TP-link and Huawei router to support more users, the TP-link M7450 seems to be better.