The Quectel EP06 is an LTE Category 6 module, which allows downstream speeds up to 300Mbps and upstream speeds up to 50Mbps. In Mini PCIe form factor, Quectel EP06 could be easily mounted in an LTE broadband Router with a port type such as ZBT-WE826T and MTK MT7623. Since more and more LTE advanced Pro modules available now, the EP06 card is in good price now based on the main features below: 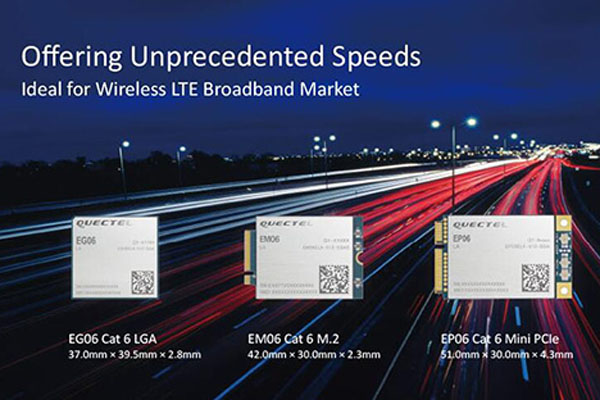 2 frequency band aggregation in most regions (depending on model):

Among which, the 2 antenna ports and the GNSS port are in Ipex format. There are several version of this card such as EP06-E, EP06-A, EP06-LA, EP06-APAC etc… 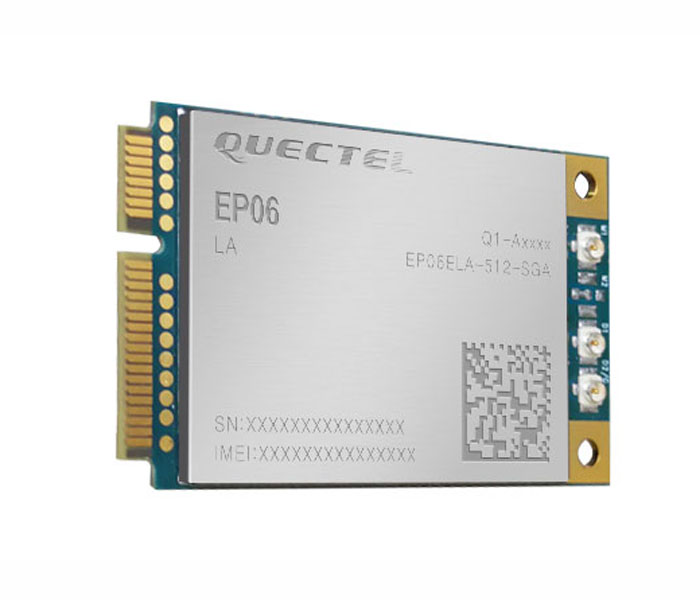 Like other Quectel 4G LTE Modules, the EP06 module could be controlled by AT commands, which is documented by the manufacturer. A certain mastery of the subject is necessary, but if you have acquired your router box under OpenWRT or ROOter, it is that you have at least knowledge about it. And this will allow you to configure it with little opinions.

The Quectel EP06 card is basically designed for the M2M industrial market, so it meets the standards of this market. In particular, it supports the firmware update via DFOTA from an FTP server for example.