Netgear 4G Aircard provides a series of 4G Mobile WiFi Hotspots for worldwide network providers and more and more new LTE advanced Pro hotspots will be available as time goes. Netgear AC815 was introduced to the product range for US network provider AT&T and gets a new name AT&T Unite Explore. It’s available around two years earlier than the latest Netgear AC800, which was introduced to the Australian market for the network provider Optus and got a new name Optus 4G WiFi modem 800s. Somebody may ask: what’s the difference between Netgear AC815S and AC800S? Which one is better between AT&T Unite Explore and Optus AC800S? In this article, you may find the answer. 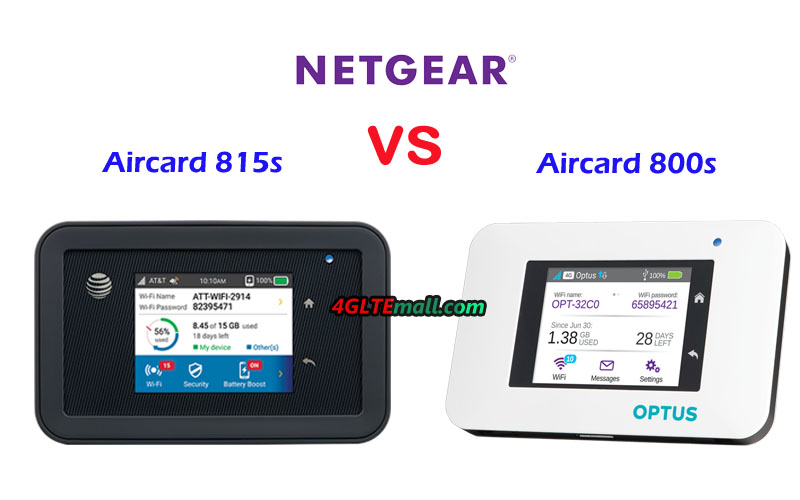 Someone may be unfamiliar with the Netgear AC815s, but if you get it in hand, you will be attracted by its special design. As the world’s first rugged 4G mobile hotspot, the AT&T Unite Explore 815s is the best mobile router for outdoor use. Of course, it’s also good to use for indoor use. Like the predecessor Aircard 810s, the touchscreen is in the middle of the front body with the ATT logo on the left side, and home & back buttons are at the right side of the screen. The Optus AC800S also has the similar feature, on the front, the home button and back button are on the right side. The Optus logo is at the corner.

Like other Netgear LTE Hotspots, the AT&T Unite Explore(815s) and Optus 4G WiFi modem(800s) both have two connectors for external LTE antenna, which is in TS-9 type and at the same position of the body. Between the two connectors, they both have the standard USB 3.0 interface. The back cover and battery of the two Netgear hotspots could be removed and the SIM card slot is below the battery. They both use Micro SIM card size, but no slot of Micro SD card for data sharing. 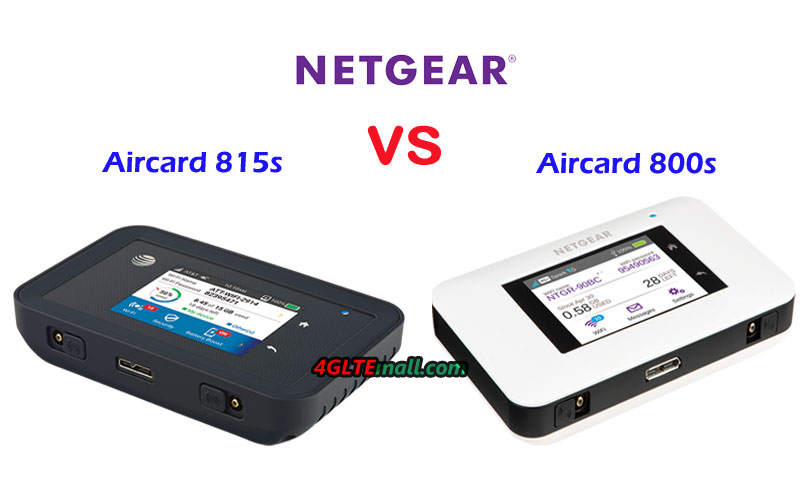 From the appearance, we can’t see the real difference between the two routers, except the special rugged design of Aircard 815S. To know more, we have to check the AT&T Unite Explore Specs and Optus AC800S Specs. In the table below, we list the specs and features for reference:

From the specs table, we can see the AT&T Unite Explore 815S and Optus 4G WiFi modem 800s are both LTE Cat.9 mobile hotspot which could support peak download speed to 450Mbps. With same Qualcomm chipset, they could both support maximum WiFi-enabled devices up to 15 users. The main difference is that they are presented for different network providers, so the supported LTE frequency bands are different. The unlocked Aircard 815s is mainly for American areas while the unlocked Aircard 800s is mainly for Australia, Asia, Europe and the Middle East. And the rugged Aircard 815s has a more powerful battery, much larger than Aircard 800s. So if you would buy the Netgear AC815s or AC800S, firstly, you would check whether the device is compatible with your provider’s network; if they are OK for your SIM card, then you need check which one you prefer. For outdoor use, the Aircard 815 seems better, but if you care about the price, the Netgear AC800S would be also good to consider.