The Huawei Mobile WiFi 3s has recently become a very affordable mobile LTE router in European countries. The Huawei MiFi 3S, which is also marketed under the model name Huawei E5576-320, can be used with all SIM cards. 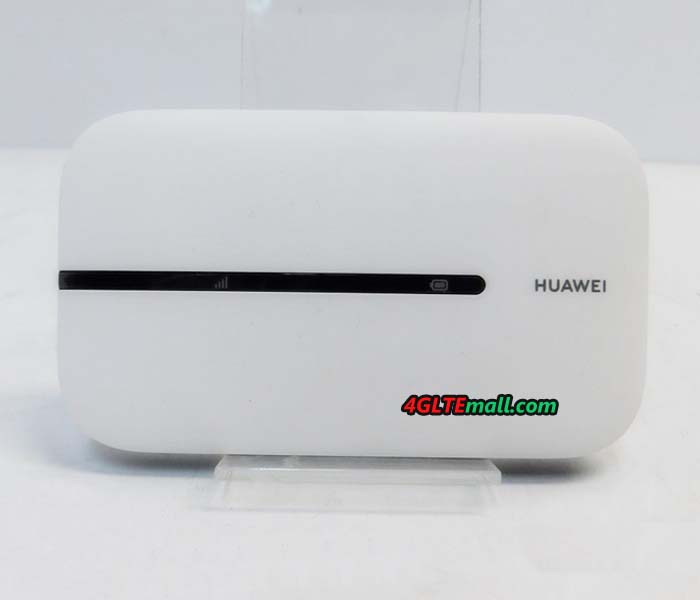 Of course, you shouldn’t expect high-end equipment at the very reasonable price. For example, there is no display on the front – this is often standard for more expensive 4G LTE hotspots. For this, the Huawei E5576 is very small and handy and can be perfectly carried in your pocket or in your backpack.

The Huawei E5576 is made entirely of plastic and available in black and white. In addition to the device itself, the scope of delivery also includes an approximately ten centimeter long USB to micro-USB cable, a 1,500 mAh battery, a quick start guide and a warranty card. There is no need for a power pack to charge the battery, but you can use any existing USB power pack. 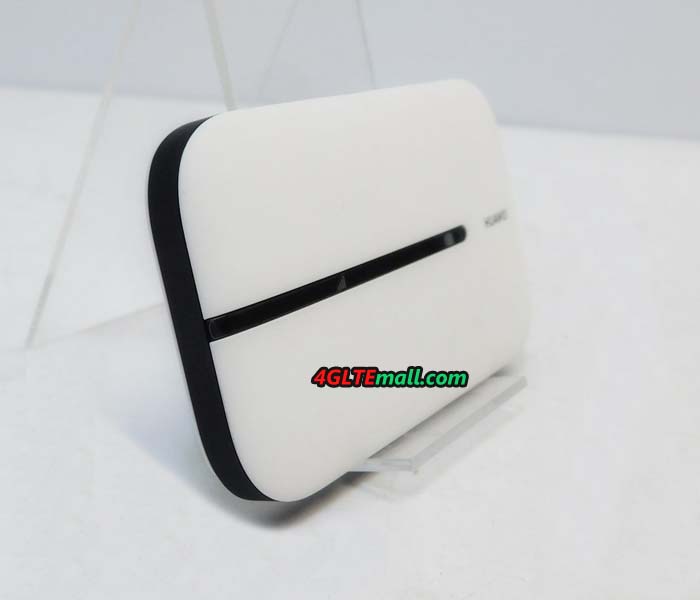 The Huawei E5576 Mobile WiFi 3s hotspot makes a good first impression. The material used feels good and the button for switching on and off on the top has a good pressure point. The back can be easily removed to insert the SIM card (Mini-SIM format, 2FF) and the battery.

At first glance, it is negative that Huawei has not installed any connections for an external cellular antenna and continues to rely on the micro USB standard. USB Type C would have been appropriate here in 2020.

Unlimited SIM cards from Telekom and O2 were used for the test. Unfortunately, the performance in the LTE network via WLAN was very poor. Tested with several end devices, the speed rarely exceeded 20 Mbit/s. In the peak, about 23 Mbit/s in the downlink and about 33 Mbit/s in the uplink could be reached via WLAN. 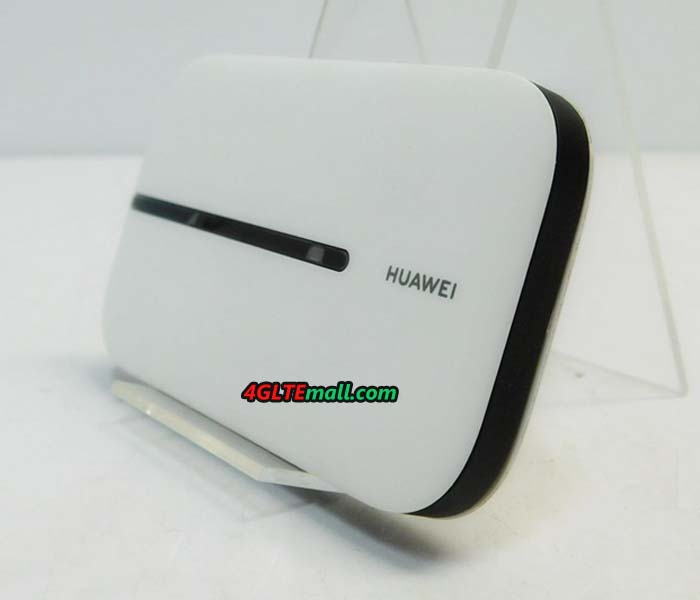 LTE Modem In the Test

The speeds were significantly better when the Huawei E5576 was connected via USB. Well over 100 Mbit/s in the downlink and almost 50 Mbit/s in the uplink were possible. These measurement results show that the modem can deliver high speeds, but the bottleneck is to be found in the weak WLAN module. In comparison with an expensive high-end LTE hotspot such as the Huawei E5788 and Netgear Nighthawk M2, it also shows that the LTE network can do much more than the small Huawei E5576 gets out of the connection. 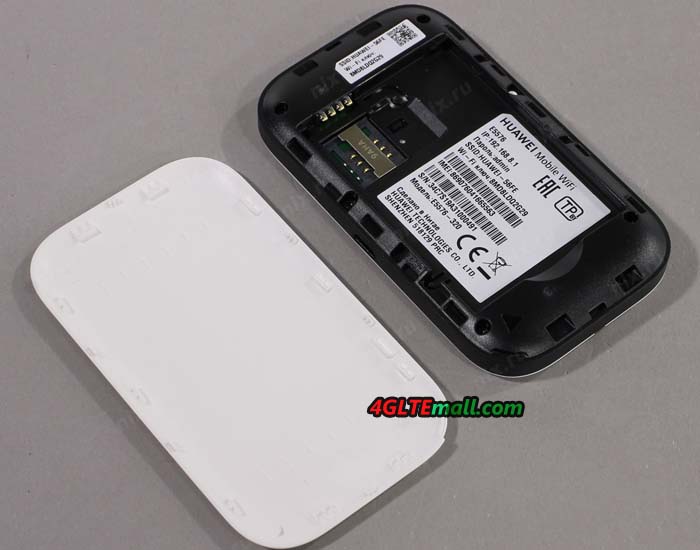 The minimum latency (ping) was always well below 20 milliseconds – the small Huawei E5576 hotspot is in no way inferior to much more expensive end devices.

On other continents such as Asia, North America or South America, you have to be prepared for the fact that many LTE networks cannot be used or can only be used to a very limited extent. The Huawei E5576 does not support the frequency bands required for this. 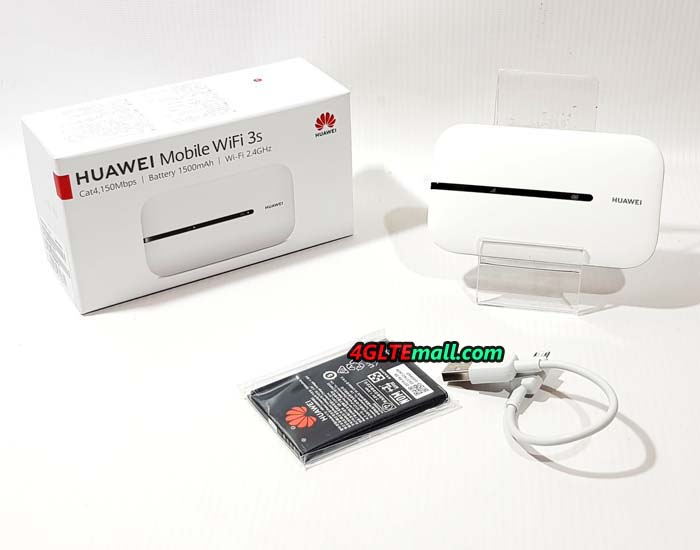 WLAN in the test

The WLAN module of the Huawei E5576 Mobile WiFi 3s works exclusively in the frequency range around 2.4 GHz and can supply up to 16 devices with a WLAN connection at the same time. The WLAN name and password can of course be assigned individually.

Unfortunately, the WLAN module did not do well in the test. The connection was always stable, but as described in the LTE modem test, it was relatively slow. Often, only 73 Mbit/s gross data rate was displayed on the MacBook. The speed is sufficient for normal surfing and video streaming, but the maximum LTE speed of 150 Mbit/s cannot be reached via WLAN. The range was also quite short, there shouldn’t be more than one wall between the Huawei E5576 and the end device.

For example, the channel bandwidth can be set via the advanced WLAN settings. There is also the option of setting up an automatic standby mode for the WLAN network when no devices are connected. This helps to save energy.

It is easy to set up a second SSID (guest access). The name, the password and the desired duration for the guest access can be set individually. Huawei offers the options unlimited, 1 day and 4 hours for the duration of guest access.

The WiFi extender is a very interesting function. This means that you can use a different WiFi network than Internet access, for example in a hotel, at a campsite or on the train. This helps to save mobile data volume. There is no noticeable difference for the devices connected to the Huawei E5576, because the WLAN network of the E5576 will of course remain as usual. The WLAN extender is configured either via the web interface or via an app.

The Huawei E5576-320 LTE router can be operated either via the Huawei Smart Home app (for Android and iOS) or via the browser web interface. Right from the first setup, the software offers to change the WiFi password and admin password. Huawei has noted the standard WLAN password both under the battery cover and in the battery compartment.

Both the web interface and the Huawei Smart Home app offer an attractive, functional design and are easy to use. The web interface can be called up with a device connected to the router via the IP address 192.168.8.1 in the browser. If you use the app, you do not need to enter the IP address. The app is sufficient for most settings, only a few menu items can only be accessed via the web interface, such as the 3G-only mode.

Battery for up to 6 hours of operation

The battery has a capacity of 1,500 mAh and can be changed by the user without any problems – quite a special feature in today’s world. The operating time is specified by Huawei as about 6 hours, this value was confirmed in the test. Depending on the number of connected devices, the operating time may decrease somewhat, but if necessary you can simply buy a replacement battery and thus extend the runtime.

Charging the battery takes about an hour in the test. Operation without an inserted battery, i.e. only via USB power supply, was not possible in the test. The two LEDs flashed red.

The Huawei E5576 Mobile WiFi 3s is one of the cheapest mobile LTE routers. At the cheap price you get a reasonable performance. The well-designed software and simple operation were particularly convincing. The compact design and the removable battery are also positive.

You have to cut back on the weak WLAN performance and the comparatively slow LTE modem. You also have to do without comfort functions such as a display, connections for an external antenna or a memory card. If you don’t mind, the Huawei E5576 Mobile WiFi 3s is an LTE hotspot with a good price-performance ratio, which is suitable for normal surfing, checking e-mails and also for occasional video streaming.