Network equipment supplier Huawei has already delivered more than 40,000 5G-enabled mobile base stations worldwide. This was announced by Ryan Ding, president of the Huawei Carrier Business Group, in the run-up to the Mobile World Congress. Given that the use of Huawei 5G technology is currently much discussed politically, this number is quite remarkable. Especially in Europe, the Chinese network equipment supplier is strong.

Eighteen European mobile network operators have already selected Huawei as the supplier for their 5G network. Corresponding contracts have already been signed, according to Ryan Ding. As of February 2019, Huawei has completed around 30 such 5G equipment supplier contracts worldwide, so that the focus is clearly on Europe. 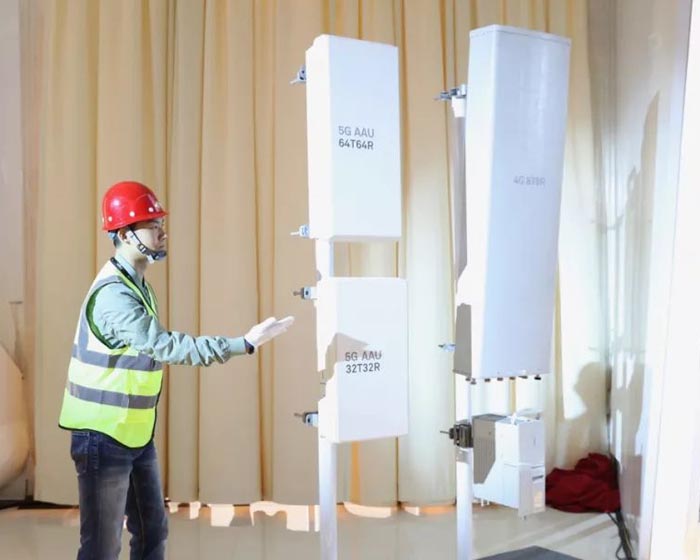 Huawei has been delivering 5G base stations since September 2018, and within a few months 40,000 devices have already been sold to network operators. 5G base stations are usually also backwards compatible with older mobile technologies. Thus, they can be used, for example, for an LTE network expansion, a later upgrade to 5G is then easily possible. First commercial 5G mobile networks are expected in mid-2019.

In the run-up to the Mobile World Congress 2019, Huawei has also shown new hardware for the 5G network expansion. Ryan Ding emphasizes that the 5G network technology is significantly smaller and lighter than the technology used in previous generations of mobile phones, such as LTE. Network operators can therefore install the technology with little effort and at low cost and quickly upgrade their networks to 5G. The 5G base stations should also be significantly more energy efficient so that no expansion of the power supply should be necessary to existing locations.