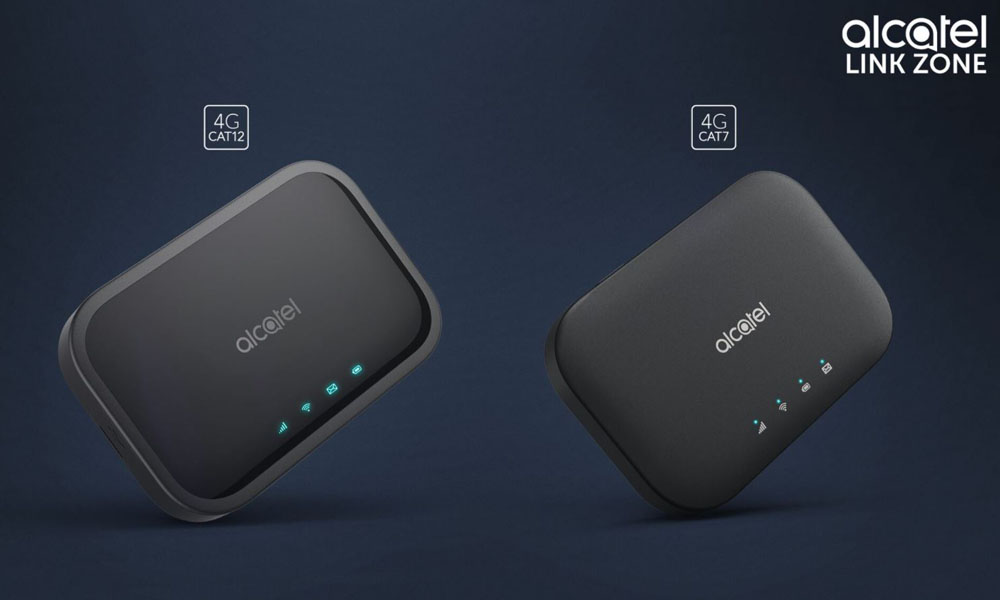 The Alcatel Linkzone Cat12 LTE Hotspot comes in a black case with a 4,300 mAh battery. According to the manufacturer, the operating time is about 15 hours; LEDs on the front indicate the operating status. If required, the device can also be used to charge other devices (power bank function). 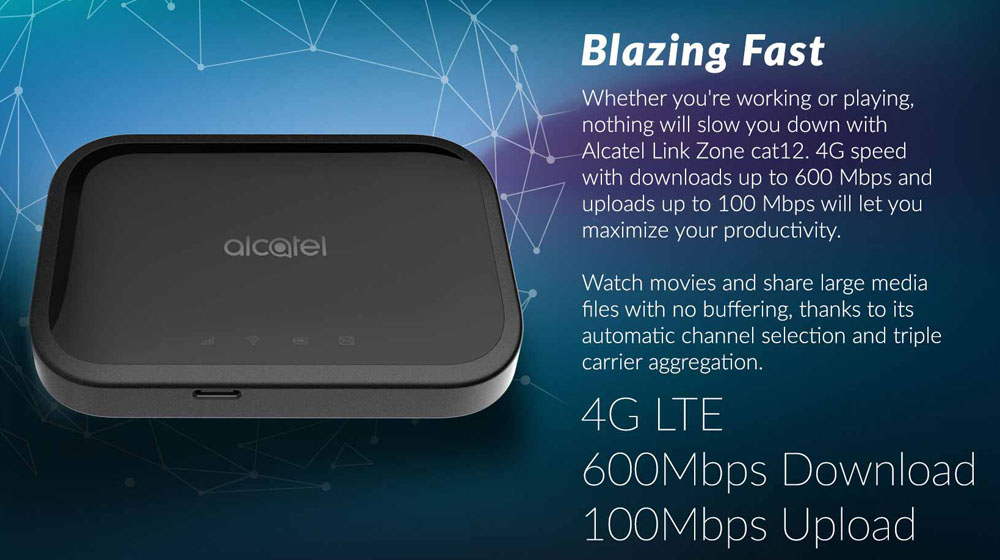 The antennas for mobile radio and for WLAN are firmly integrated in the housing, but the connections for 4G external antennas do not exist. Even a MicroSD memory card slot is not integrated with the Alcatel Linkzone Cat12, which feature was often found at mobile hotspots. The WLAN module of the Linkzone Cat12 works according to the standards 802.11a/b/g/n/ac and allows up to 32 users at the same time. On request, two WLAN names can be sent in parallel. The wireless speed is at a maximum of 867 MBit/s according to the manufacturer. And the Alcatel Linkzone Cat12 LTE Hotspot will be available “later in 2018”. 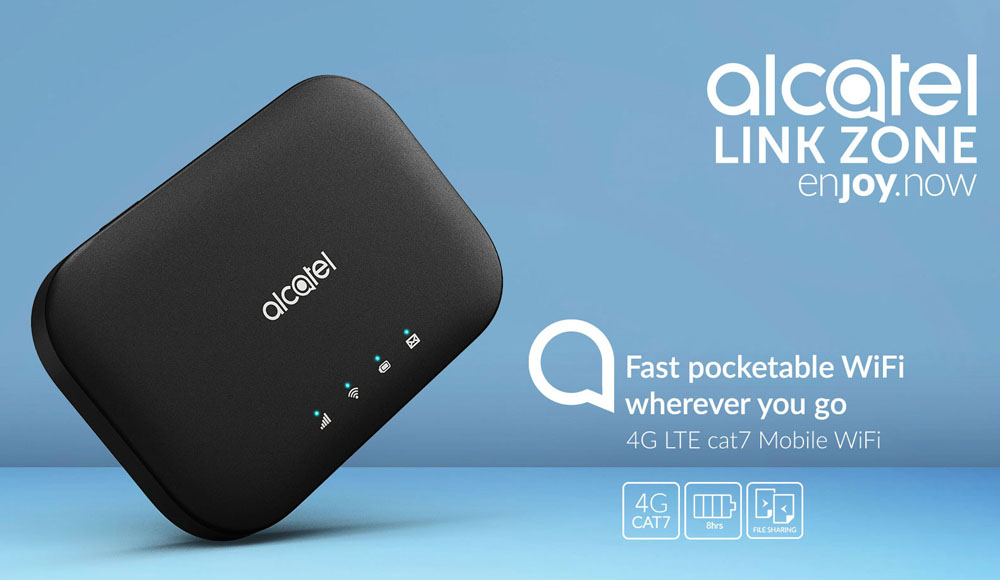 Regarding the WLAN, there is no difference to the more expensive Cat12 model: the wireless module operates on the standards 802.11a/b/g/n/ac at 2.4 and 5 gigahertz and allows up to 32 users at the same time. On request, two WLAN names can be sent in parallel. The WLAN speed is a maximum of 867 MBit/s.

Both hotspots with LTE band 32

It is pleasing that both Alcatel hotspots support all the frequency ranges that are currently important for Europe, including Band 1, 3, 7, 8 and 20 as well as Band 32 (1500 MHz). The 1500 MHz band will be used as Supplemental Downlink (SDL) in the future at Vodafone and Telekom to enable faster downlink speeds.